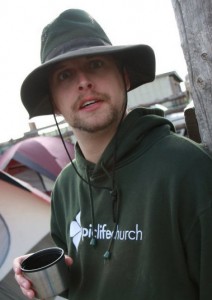 Books: Lord of the Rings, Hyperion, Neverwhere, Fables, Walking Dead, Dune, Lord of Light, Ender’s Game, The Dark Tower, A Song of Ice and Fire and many, many more 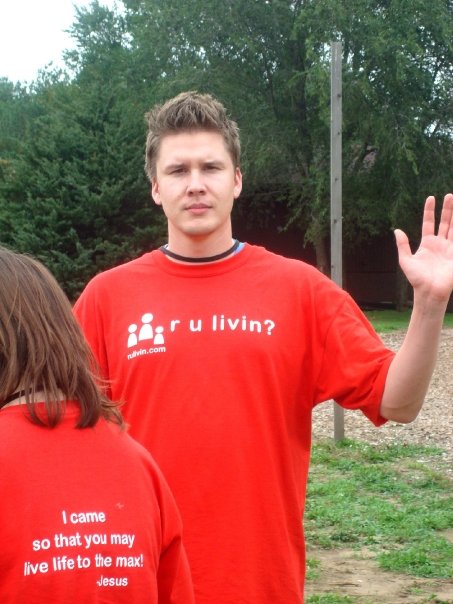 Matt, along with Ben De Bono, founded the Sci-Fi Christian in January of 2011.  Matt’s first forays into the world of science fiction came in the form of the television shows, Unsolved Mysteries and the 1960’s Batman, as well as the movie Flight of the Navigator.  His interests quickly expanded into all areas of Sci-Fi, and he became a full-fledged fanatic at a young age after seeing both the Back to the Future trilogy and the original Star Wars trilogy.  Matt is currently working as Youth Director at EpicLife Church, and is pursuing his Master of Divinity from Northwestern College in Roseville, MN.

Movies:  Back to the Future (trilogy), Matrix, Batman Begins, The Dark Knight, The Truman Show, Eternal Sunshine of the Spotless Mind, Reign of Fire, Momento, Star Wars (original trilogy and parts of the new trilogy).

He’s not the host you want, but he is the one you need! When the signal has been fired he will be there for you….to read a comic or present a dissenting (correct) view on a movie. Daniel can be heard weekly co-hosting  Welcome to Level Seven the Unofficial Agents of S.H.I.E.L.D. and Marvel Cinematic Universe podcast and writing about Disney fandom at www.betweendisney.com.

Born and raised in the south, Brandon was exposed to sci-fi at an early age. After discovering Star Wars and the movie magic behind it, the wide array of sci-fi franchises opened him up into the geek he is today. After studying graphic design and marketing, and with a long time love for writing, he combined all three to help expand The Sci-Fi Christian and acts as head writer for the site. He currently resides in Atlanta, GA while enjoying a cold Dr. Pepper and TV marathons of his favorite sci-fi shows.

Books: Walking Dead, Kingdom Come, Dune, Anthem, Lord of the Rings, and many others

Max grew up in the small college town of New Paltz, New York. One of his fondest memories as a child was when his dad would bring him to the local comic book shop every Sunday after church to but 25 cent comics. This love for comics followed him into adulthood and became a passion and career pursuit. Max earned a Bachelor’s degree in English from Eastern Connecticut State University and was a recipient of the prestigious Lifelong Learner Award in 2011. During his final year there, he researched and developed a course on graphic novels which is now being taught at the college. In addition to being a lead writer at The Sci-Fi Christian, Max is also a regular contributor and reviewer at Geeks of Doom and a monthly columnist at Hugo Award Winning SF Signal. Max lives with his wife in Connecticut and desperately tries to convince her to watch every science fiction television show known to man (it seems to be working). 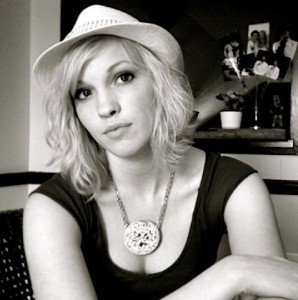 Sarah grew up as a non-nerd; or, at least she thought so. Thanks to her older brother, she spent her childhood watching shows like Batman: The Animated Series, Star Trek: The Next Generation and Highlander, along with all three of the original Star Wars movies. Sarah went on to earn her Bachelor’s degree in Organizational Communication with a minor in Visual Arts at SUNY New Paltz in 2009. That same year, she married the nerd of her dreams, Max (Maximus Prime). She didn’t fully realize until she was immersed in geek culture at New York Comic Con for the first time that she was, in fact, a total nerd (and proud of it).

Having done freelance writing, editing, photography and video for schools, organizations and individuals, Sarah became the editor of The Sci-Fi Christian in 2011. In 2013, she signed on as a contributor to Geeks of Doom and she also received her MA in Corporate Communications & Public Relations at Sacred Heart University. Sarah now works as a Communications Coordinator at a school, where she edits and writes web content, designs and writes printed publications, connects with press, handles social media and takes photos for school events.

Sarah’s writing has been published in multiple local news outlets. Her photos have been featured at Geeks of Doom, Sacred Heart University, South Kent School, The Sci-Fi Christian and various online news sources. When she discovers any moments of free time, Sarah enjoys singing and songwriting with her guitar and ukulele.

Movies: Eternal Sunshine of the Spotless Mind, Last of the Mohicans, It’s a Wonderful Life 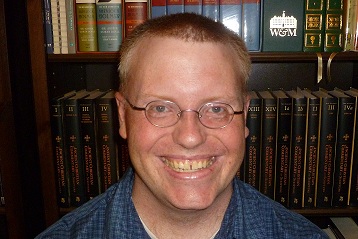 He and his wife met at the College of William and Mary. They both earned Masters of Divinity from Princeton Theological Seminary. They live in the suburbs of Philadelphia, PA, and are the proud parents of two young padawans.

Favorite Superhero: Superman (“…they only lack the light to show them the way…”)