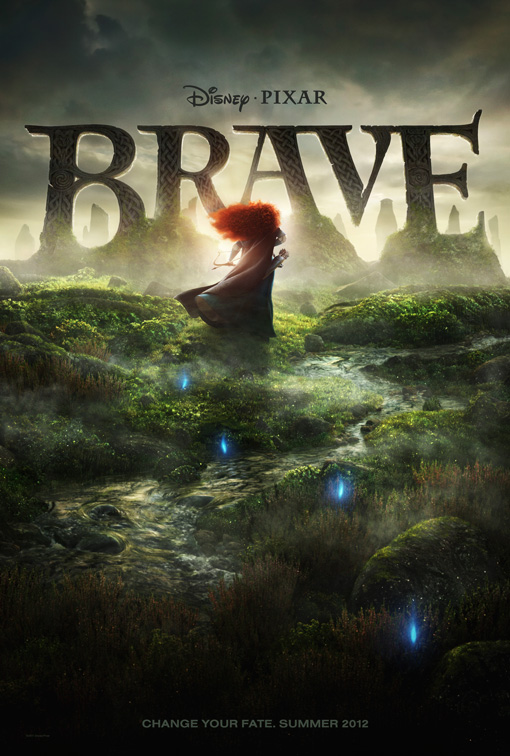 Pixar has released the poster for their next film Brave coming out next year. The teaser trailer for it will be in front of Cars 2 coming out this Friday. This is the studio’s first attempt at a fairy tale. It comes out June 22nd 2012.

Director Mark Andrews has this to say about the teaser trailer,

“What we want to get across [with the teaser] is that this story has some darker elements. Not to frighten off our Pixar fans — we’ll still have all the comedy and the great characters. But we get a little bit more intense here.”

Producer Katherine Sarafian had this to say about the poster,

“Those stones are actually a pretty important set in the film. We can’t say what happens there, but they were inspired by an actual location in Scotland that we visited multiple times during our research. It was a very powerful setting for the kind of things we want to have happen in the story.”