For those of you who may be Stargate SG1 fans, Christopher Judge who played the alien Jaffa, Teal’c, in the hit scifi show, has been cast in an undisclosed role in The Dark Knight Rises. Judge tweeted:

“I can finally confirm: I have been cast in The Dark Knight Rises.”

While it is not confirmed who Christopher Judge will be playing, there are rumors floating around the internet that he may be playing Ubu, Ra’s Al Ghul’s bodyguard. With Liam Neeson reprising his role as Ra’s Al Ghul and Josh Pence playing a younger version of the eco-terrorist, this seems like a plausible guess. I mean, Christopher Judge is pretty jacked. What do you think? 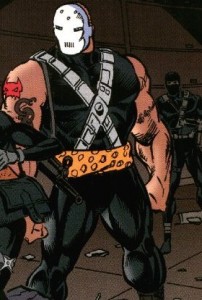 2 comments on “From Stargate to Batman”