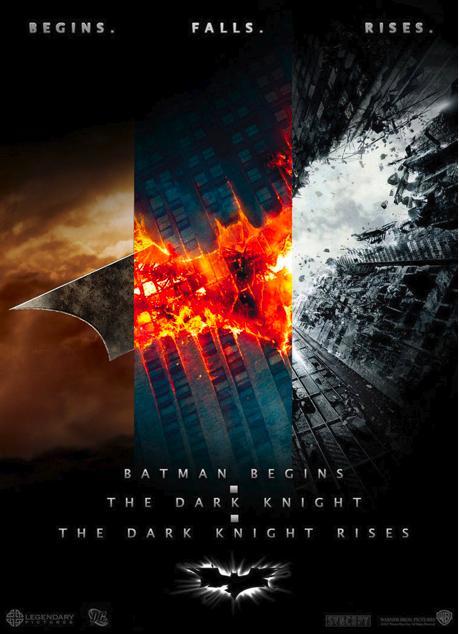 In the year 2012, we will receive the next and final installment of Nolan’s spine-tingling Batman Triology.  The above fan-made image surfaced on the internet this week.  The image really got me thinking.  It is one thing to look at the story of a movie.  It is another thing to observe the story that stretches over all three movies.  I believe the whole story can be summed up in one word: Redemption.

My goal for this article is to go movie-by-movie and witness the grand scheme of the redemption of Batman and Gotham in the Batman movies that corresponds with the redemption of man by Jesus Christ.  First, we will look at Batman Begins. 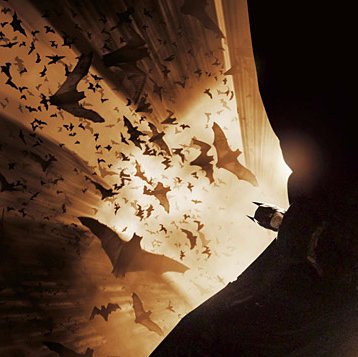 In Batman Begins, we see the origins of how Bruce Wayne becomes the Batman.  He realizes his role of what he needs to do and he does it.  Just like the creation of Adam, harmony is established between the man and his role.

The harmony between the man and his role is severed.  Destruction overcomes the hero.  In the case of Adam, for example, he becomes guilty of sin.  As for Batman, it seems that he retires.  His love is killed, and he takes the blame of Gotham’s hero, Harvey Dent.  At the end of “Batman: The Dark Knight,” the Bat Signal is broken and the city losses the love that it had for the hero.  They don’t need him according to Gordon.  At the beginning of the movie, people were in love with him.  They even dressed like him, and many tried to be him.  By the end, Gotham turned; Batman is running from the law like a fugitive (though Gordon knows the truth). 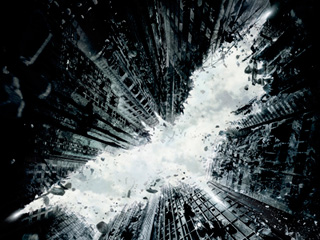 Granted, at the time that this article is being written, it is about a year before the last movie is released.  I don’t claim to know anything special about the movie, except for what I can conclude logically.  As the title would suggest, Gotham isn’t done with Batman.  As the above image would suggest, Gotham City is being tormented once again by evil.  Though the Bat Signal is broken, it is as if the city itself is crying out for help.  It is crying for a hero.  It is safe to assume that Batman will answer that call and good will prevail.  Batman will be redeemed and many will be saved.

Gotham will be redeemed by Batman.

Why else does this pattern of “Begins, Falls, & Rises” sound familiar?

This all can be a means to look to Christ because He pioneered the way for redemption in Himself.

Begins:  Though Christ had no beginning (John 17), He began his ministry at the age of 33.  He gained his followers and His fame went everywhere.  He entered in Jerusalem as a king, but was hated and took on much scorn soon after.

13He has delivered us from the domain of darkness and transferred us to the kingdom of his beloved Son, 14 in whom we have redemption, the forgiveness of sins.

4 comments on “The Redemption of Batman: Begins, Falls, Rises”