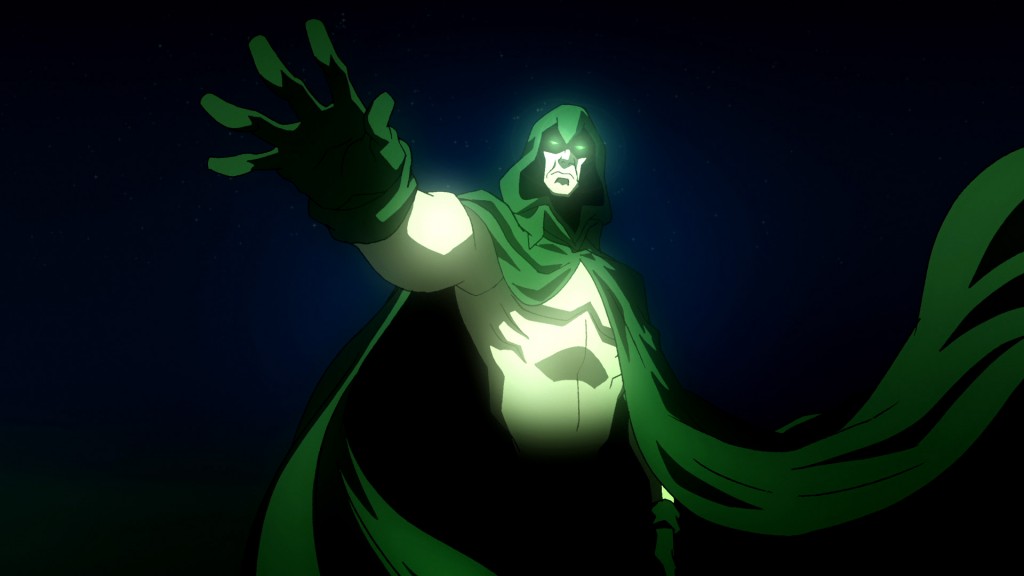 It looks as though Fox is currently working with DC comic to develop a live-action the Spectre television show. Here is what Deadline is reporting:

Fox has bought The Spectre, a drama series project based on the DC Comics superhero character co-created by Superman co-creator Jerry Siegel and Bernard Baily. Brandon Camp (John Doe) will write the adaptation and executive produce with feature producer Bill Gerber (Gran Torino). The Spectre, which has received a script commitment, centers on a former cop serving time in afterlife limbo who hunts down earthly criminals on behalf of the dead — and mortals soon to be dead, if ultimate justice is not served. DC Entertainment’s sister TV studio Warner Bros.

TV will produce with Gerber Pictures. The Spectre character first appeared in an 1940 issue of DC’s More Fun Comics. Since then, he has been featured in a number of other DC titles and has headlined his own comic book series. Camp was introduced to The Spectre property by DC Comics’ chief creative officer Geoff Johns.

Personally, I think this is a great idea. The Spectre could bring something new to television and help DC reinvent itself when it comes to live-action adaptations. Continually trying to remake such iconic characters as Superman and Wonder Woman for wider audiences has proven to be a difficult undertaking. So, why not do something different and bring on a darker feel? That, I believe, is exactly what a show based on the Spectre could do and what both Fox and DC comics need.

6 comments on “Fox and The Spectre”