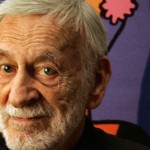 Had legendary comic book artist Jerry Robinson, who died Wednesday night at age 89, left behind only the Joker as his legacy, he would have achieved more than most artists could hope for. Where would Batman be–for that matter, where would the superhero genre be–without his most iconic nemesis?

The Caped Crusader’s career would have been a lot less interesting had he never battled the Clown Prince of Crime. Writers and artists from Neal Adams to Alan Moore to Frank Miller to Grant Morrison could never have plumped ever deeper, often disturbing new depths of the sinister psychopath. Jason Todd might never have died, only to be resurrected as the new Red Hood; Barbara Gordon might never have been crippled 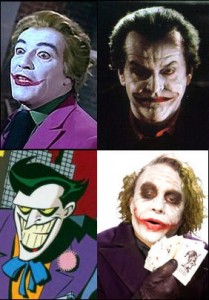 , only to be “reborn” as Oracle. Without the Joker, the DC Universe might still have no Harley Quinn. Cesar Romero, Jack Nicholson, and Heath Ledger would never have created three very different but uniquely compelling visions of this garish villain. And let’s not forget the voice of Mark Hamill!

Hamill writes in his introduction to the new book The Joker: A Visual History of the Clown Prince of Crime (DC’s first book devoted solely to a single villain), the Joker is “among the greatest villains in history” and an “institution in pop-culture… He may be crazy, but he’s never boring… [He] is easily one of the most challenging, most rewarding, most enjoyable characters I have ever experienced as an actor.” We, as readers and viewers, can certainly say the same–and it’s all thanks to the imagination of Jerry Robinson.

But Robinson leaves behind more than an enduring icon of misanthropy and mayhem. As the New York Daily News reported, Robinson’s “greatest contributions to cartooning… came off the drawing board.” These contributions remind me of those commended by King Lemuel’s mother, who advised her son:

Speak out for those who cannot speak, for the rights of all the destitute.

Speak out, judge righteously, defend the rights of the poor and needy (Proverbs 31.8-9). 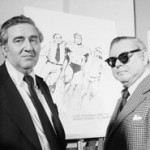 Robinson spoke out for the impoverished creators of Superman, Jerry Siegel and Joe Schuster, who sold their rights to the character away in 1938–legally and legitimately, yes, but only to see DC and, eventually, other media concerns reap what had been unimaginable financial reward from the Man of Steel. In the late 1970s, as anticipation for Superman: The Movie sparked public interest in the origins of the famous character–and subsequent public outrage that the two men who dreamed up the Man of Tomorrow had been so forgotten by the people still making money, lots of it, off of their dream–Robinson led the charge to win Siegel and Schuster a substantive financial settlement from Warner Communications. The eventual agreement also ensured that Siegel and Schuster would receive a creators’ credit on every subsequent Superman appearance (a credit that was never afforded Robinson upon every appearance of the Joker). As Robinson made clear, the case was more than a matter of money. It was a matter of principle–a matter of justice:

In Europe, one of the fundamental rights in art and entertainment is the creator’s right to be credited for his work. In some countries it’s in the law. This was an area in which American law and business practice badly needed change. (Quoted in Gerard Jones, Men of Tomorrow: Geeks, Gangsters, and the Birth of the Comic Book, Basic Books, 2004, p. 320)

Reporting the settlement on the December 24, 1975 CBS Evening News, Walter Cronkite solemnly intoned, “Today, at least, truth, justice, and the American way have triumphed.” And they triumphed, in large part, because Jerry Robinson spoke out.

The Joke’s On Uruguay

Robinson also spoke out for Francisco Laurenzo Pons, a political cartoonist whose liberal art landed him in trouble from–and in jail thanks to–the military junta ruling Uruguay. Pons endured beatings and electric shocks in his cell for six years until, in 1984, when Robinson learned of Pons’ plight from the political cartoonist and playwright Jules Feiffer (who had been contacted by Amnesty International). Robinson knew that public pressure might bring Pons freedom. And so he concocted a caper–not for evil as the Joker would, but for good:

I invented a new cartooning award, the Distinguished Foreign Cartoonists Award. The idea was that we would present it to Pons and request that he come to America to receive it, pretending that we didn’t know he was in prison. To further the ruse, we made it a joint award, the other winner being the Polish cartoonist Eric Lipinski. We explained to the Uruguyan ambassador what a big honor it would be for Uruguay to have Laurenzo Pons win this award! Several months passed, and the Uruguyan government sent us word that they’d let Pons’ wife and son come to accept the award, but not Pons himself. This was amazing, because normally even the family of a political prisoner wasn’t allowed out of the country. So Mrs. Pons came to accept the award, and when she went back to Uruguay and visited her husband in jail, he was amazed that American cartoonists were working on his behalf. This gave him hope! (Quoted in Arie Kaplan, Masters of the Comic Book Universe Revealed!, Chicago Review Press, 2006; p. 37).

His hope was not in vain. Growing media attention to this still-imprisoned award-winner helped pressure the government into releasing him. Pons told the Daily News in 2008, “I don’t have any doubt that pressure from the [Robinson and the Association of American Editorial Cartoonists] had a bearing on making my freedom possible.”

Jerry Robinson spoke out for one who could not speak, and helped liberate that voice again.

An “Advent Legacy” of Help and Hope

Many Christians are currently observing the season of Advent. Much more than a “countdown to Christmas,” a remembrance of Christ’s first coming as an infant, it is a season that challenges us to anticipate his coming again in glory to rule, as well as to recognize the ways in which, by the Holy Spirit, he comes to us today.

Preachers often puzzle over the texts assigned for Advent by the Revised Common Lectionary–at least I know I used to, when I regularly climbed into the pulpit! This Sunday’s Old Testament reading, for example, always posed a dilemma: “The spirit of the Lord God is upon me, because the Lord has anointed me; he has sent me to bring good news to the oppressed, to bind up the brokenhearted, to proclaim liberty to the captives, and release to the prisoners…” (Isa. 61.1). I was always tempted to rush to Jesus’ quotation of this passage in his inaugural sermon at Nazareth, and to say that the prophet’s words found their fullest realization in Jesus (Luke 4.16-21). I believe they do. But did they have no relevance for Isaiah’s audience, some five centuries before Christ? And did they have no meaning, no imperative call, for us today, living in the ongoing “Advent season” between Christ’s first and final appearances? 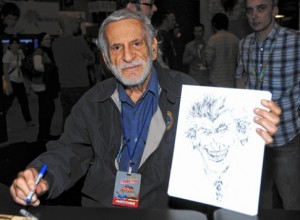 I think stories like Jerry Robinson’s put flesh and blood on what it means to bring good news to the oppressed, and liberty to the captives, and release to the prisoners. Stories like Jerry Robinson’s demonstrate, in practical terms, what it means to bind up the brokenhearted. To my knowledge, Robinson never claimed “the spirit of the Lord” was upon him as he did what he did… but does that mean the Spirit wasn’t? Jesus tells us that, like the wind, the Spirit blows where the Spirit wills (John 3.8). God could do (and certainly has done) greater and stranger things than use a comic book artist to bring about liberty and justice!

We’re not famous cartoonists who can use our clout to help free political prisoners, or get creators of great American fictional heroes their just recognition. And, as the old spiritual puts it, we may not preach like Peter, and we may not pray like Paul. But we can “tell the love of Jesus, and say he died for all.” What’s more, we can enact the love of Jesus by loving our neighbors, in whatever circumstances we find ourselves–especially those neighbors for whom the Spirit, with whom we have been anointed in our baptism, especially empowers us to care: the oppressed, the brokenhearted, the captive, the needy, the forgotten.

And if when we die, people remember, as they have with Jerry Robinson, that we did what we could to help, as he did–and, more importantly, as our Lord commands us–what a legacy that would be!

Photograph of Jerry Siegel and Joe Schuster found at http://survey.nmajh.org/person.php?id=89&width=570&height=370 (image donated there by Corbis-Bettmann).