For a franchise often invoked as a brilliant metaphor for racism, the latest X-Men film, last summer’s X-Men: First Class, didn’t break any new ground depicting tolerance of racial and ethnic diversity. It appears the upcoming sequel won’t, either. 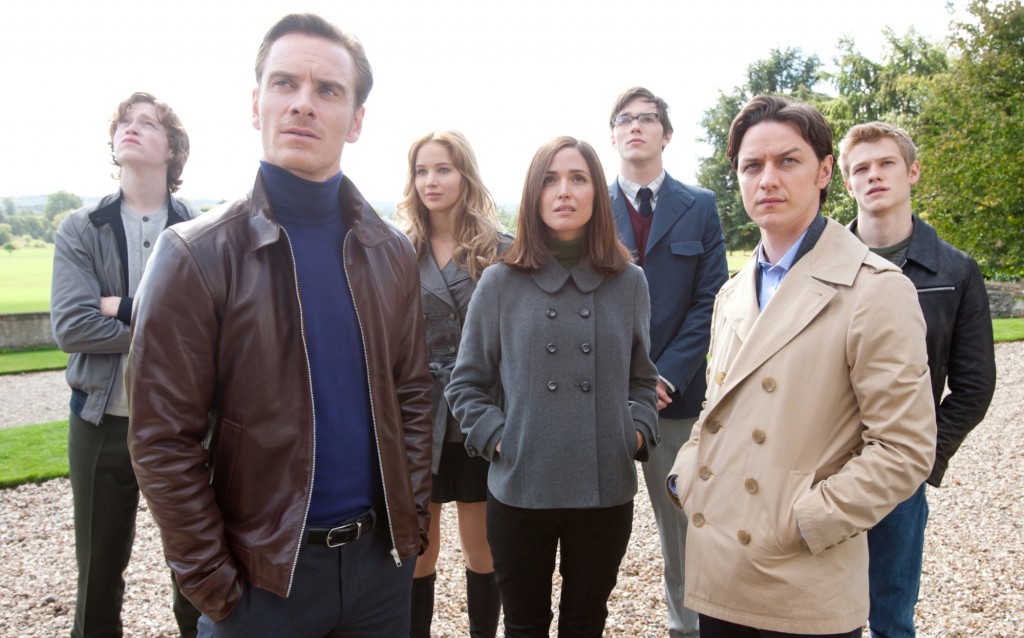 Don’t get me wrong: I thought First Class was far and away the cream of last year’s cinematic superhero crop. A compelling plot, fast-paced action sequences, spectacular special effects, Henry Jackman’s driving  score, and top-notch performances from both James McAvoy (as Professor Xavier) and Michael Fassbender (as Erik “Magneto” Lehnsherr) made the movie the most fun I had in the multiplex all year (well, ok, I had more fun at The Muppets… let’s say the most genre fun, then!)

I was, however, struck by three facts: two characters marked by strong ethnic identification in the comic books–Moira McTaggart (a Scot) and Sean “Banshee” Cassidy (who is Irish)–have become Americans of unknown heritage with flat, “standard” accents; all obviously non-white characters–Azazel (who seems to be Russian–granted, a step up from his demonic origins in the comics), Angel Salvadore, and Janos “Riptide” Quested–end up joining Magneto’s Brotherhood of Evil Mutants; and Armando “Darwin” Muñoz, the only African-American mutant, is the first one to die. (Yes, he sacrifices himself, but the fact remains: the only black character is the first hero–indeed, the only one, if my memory serves–to perish.) 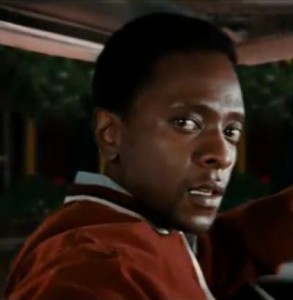 Several quick caveats are in order. No, I don’t think any person, real or fictional, can be reduced to her or his ethnicity. No, I don’t advocate or look for “quotas” or “tokenism” in my fiction. And, no, I don’t think the creative team intentionally set out to be “racist.” But the fact that they could arrive with an all-white team of “good guys” by the film’s end suggests just how powerfully pervasive are our society’s expectations of good and evil. First Class is not a bad film, by any means; but its treatment–or, more accurately, its non-treatment of race is one of its few shortcomings. (I wasn’t the only viewer who thought so, either; I especially commend Ta-Nehisi Coates’ thoughtful commentary to you.)

All of which made me laugh-slash-cringe when I read director Matthew Vaughan’s musings on possible themes for the next movie:

We talked about race issues because they say X-Men was based on Martin Luther King and Malcolm X, but I think I had enough political subtext in this [first] movie. We’ve already discussed in the next one, does the civil rights movement become part of…. But that’s a real hot potato as well, still, so we decided to stay clear. You can only put so much in one film…

“Enough political subtext” in First Class? In terms of Cold War politics, no doubt. In terms of racial politics, however, First Class didn’t even scratch its own surface.  In deciding to “stay clear” of that “hot potato”–something the X-Men, as a brand, aren’t generally known for doing (am I wrong on this, Marvel fans?)–Vaughan is exhibiting an astonishing lack of perspective, either innocent or willful, about his vision of the merry mutants.

Storytellers make decisions. When my wife and I saw a TV commercial for one of last summer’s other (sub-par) superhero epics, Green Lantern, she asked, “They didn’t make a movie about John Stewart?” We had enjoyed watching the animated Justice League with our son for several years, and so are most familiar with John Stewart as the emerald ring-slinger. I started explaining, “Well, the first Green Lantern was Hal Jordan, and he’s a really important character in the DC universe, and…”

“I’m just saying,” my wife said, unimpressed with my argument, “that when it came right down to it, they chose to make a movie about a white Green Lantern, not a black one.”

Why does this matter? It’s just fiction, right? Just superhero stuff? I think we, as Christians, need to remain vigilant against racism, even when (maybe especially when) it’s not intentional. We humans are still a fallen race. Though we have made strides toward racial equality, we are far from perfection, and likely won’t ever be, this side of Paradise. All the same, God calls us to love our neighbors, regardless of race. Jesus’ saving work on the cross created a new humanity: “in his flesh he has made both groups [i.e., Jews and Gentiles] into one and has broken down the dividing wall, that is, the hostility between us” (Eph. 2.14). As the apostle Paul instructed the Galatians, “There is no longer Jew or Greek, there is no longer slave or free, there is no longer male and female; for all of you are one in Christ Jesus” (Gal. 3.28). Baptism into Christ’s body unites us despite our differences.

Of course, in many quarters, the church itself doesn’t reflect this reality. We are still never more segregated than on Sunday mornings, as Dr. Martin Luther King, Jr. observed all those decades ago. I’ve suggested in another forum that Christians can view the X-Men as a positive parable for the church. Unfortunately, we too often look like the monolithic mutant team of First Class. God challenges us to do better: to practice, not just passive tolerance but active acceptance of those who are unlike us. As one of my denomination’s statements of faith puts it (and we are still, alas, about as lilly white as denominations come), the Holy Spirit empowers and expects us “to hear the voices of peoples long silenced.”

If we can’t hear their voices in fiction, how will we hope to learn to hear them in fact?

2 comments on ““X-Men: First Class” Sequel Moving Ahead… and Beyond Race? (Movie News)”