If your life were a motion picture, who would compose the score?

It’s a familar scene in our household: my 10-year-old son will be singing a snatch of something at dinner, and I’ll ask, in all honesty, “What is that? Are you making that up?” And he’ll roll his eyes and say, “Come on, Dad, how can you not know that song?” Well, it’s not just because I’m becomng an old fogey (though I am) whose idea of “popular music” peters out circa 1997; it’s also because, given the choice, I’ll listen to classical music most every time. That’s not to say there’s nothing current on my playlist–but what is current tends to be motion picture scores. I wouldn’t call myself an expert in movie music (I recommend checking with someone like Erik Woods of the absolutely first-rate Cinematic Sound Radio Show for in-depth knowledge), but I do enjoy it, especially the big, brassy scores that usually accompany sci-fi and superhero movies. 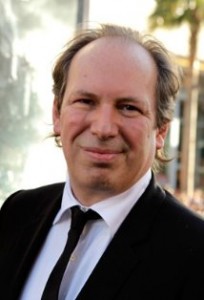 So the news that, despite rumblings to the contrary last year, Hans Zimmer will be scoring next year’s Man of Steel immediately caught my eye. Zimmer is, of course, no stranger to superhero cinema. His score for The Dark Knight (2008), in collaboration with James Newton Howard, is dark and brooding yet somehow still majestic, just like the Batman himself (and, naysayers to the contrary, there certainly are melodic themes to be heard and appreciated). No doubt his work for The Dark Knight Rises will be equally impressive.

Unless Man of Steel proves a very atypical Superman story, however, it will call for a different sound, a different atmosphere. To my mind, John Williams’ Superman score from 1978 may be the best film music ever composed. Other, older scores are classics, of course, but Williams’ work managed to capture and communicate the spirit of the character in a unique way. Zimmer knows, therefore, that he’s in for a challenge: “You are allowed to reinvent, but you have to try to be as good or at least as iconic and it has to resonate and it has to become a part of the zeitgeist.”

That’s a tall order! How does movie music do that? I don’t know; probably in many ways, and due to a variety of circumstances–some within the composer’s control, but many not. I wonder, though, if the very best film music, the film music that pervades the culture and endures, tells a story. Think, for instance, about Williams’ score for The Empire Strikes Back (1980). Through short, recurring leitmotivs, full-fledged themes, dramatic shifts in tone and texture, clever “sound effects” (those pianos sound just like the AT-ATs!) and accomplished atmospheric passages, Williams provides listeners a way to relive the adventure, time after time, long after the end credits have rolled.

Here’s a question: if your life were a motion picture, who do you think could provide the score? We might like to think our lives would call for nothing less than the big-budget, blockbuster talents of a John Williams or a Hans Zimmer or a Jerry Goldsmith… but, speaking only for myself, in all honesty most of my days wouldn’t demand anything beyond some simple minimalism. Probably some “laughing trombones” from time to time, too!

Graciously, however, God has already provided a score for our lives, and you can find it in the psalter, the “hymnal” of ancient Israel. The 16th-century French reformer John Calvin called the book of Psalms The Anatomy of All the Parts of the Soul because “there is not an emotion of which any one can be conscious that is not here represented as in a mirror.” The psalms encourage us to bring whatever we are feeling–joy or sorrow, peace or rancor, anxiety or confidence–before God, our Maker (Psalm 100), our Shepherd (Psalm 23). The psalms offer us models of complete honesty before God in prayer. More importantly, although they often begin with human emotion, they nearly always end up refocusing our attention where it belongs: on God. (Psalm 88 is the only exception–an unrelenting song of lamentation that ends, as it begins, in deep darkness; but even its presence in the psalter says something about God’s graciousness, and God’s care for those who grieve.) Again quoting Calvin, “there is no other book in which we are more perfectly taught the right manner of praising God, or in which we are more powerfully stirred up to the performance of this religious exercise.”

Whatever kind of music you like, try spending some time reading–or, better yet, singing–the psalms (they were written to be sung, after all!). Notice the recurring “grace notes” that paint a picture of God’s glory, guidance, and grace. Try thinking of them as God’s “score” for your life–and not just yours, but the world’s– and discover “how good it is to sing praises to our God; for he is gracious, and a song of praise is fitting” (Psalm 147.1, NRSV).