Comic book superheroes are, by definition, better seen than described. Not even the best-chosen words can replicate the bright colors, bold lines, and action-packed panels of a costumed crusader’s latest monthly adventure. No text, however tightly crafted, can create the same thrills found in a fast-paced summer blockbuster when a larger-than-life champion leaps, swings, or soars into action. 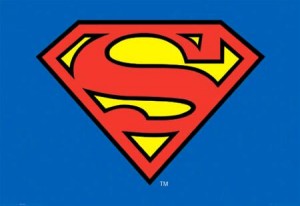 It’s a testament to the character of Superman, then, that so many writers have tried to bring his exploits to the printed page without benefit of illustrations. From George Lowther’s 1942 novel The Adventures of Superman (which contains a handful of paintings but isn’t a “graphic novel” by any means), to Elliot S! Maggin’s misleadingly marketed but fan favorite novels Last Son of Krypton (1978) and Miracle Monday (1981), to Tom de Haven’s poignant and powerful period piece, It’s Superman! (2005), authors have found the Man of Steel a compelling subject for picture-less prose. These writers rely on words alone as raw material for their images, confident that Superman, though an incomparable visual icon, is about more than the red cape, the S-crest, or the Clark Kent spectacles. They strive to show readers the “man” in Superman, the person they see as the heart of the hero Jerry Siegel and Joe Shuster created 75 years ago.

The Further Adventures of Superman (1993) is a perfect example of what well-written Superman fiction can accomplish. Each of the ten tales in this anthology offers a unique perspective on the Man of Tomorrow.

Several contributors emphasize the fact that Superman is, as the old TV voiceover had it, that “strange visitor from another planet,” an alien who, for all his solidarity with human beings, remains fundamentally different from them.

In “Déjà Vu All Over Again,” Edward Wellen spins a surreal, star-spanning story of Kal-El’s return to Krypton courtesy of a mind-boggling space-time anomaly. Wellen’s Superman is, at the story’s outset, facing a crisis of confidence. He is disillusioned with the hapless humanity he’s devoted himself to helping: “The Man of Steel had mettle fatigue.” The leave of absence the hero takes anticipates a key plot point of Superman Returns (2006), but rings much truer here, since Wellen has the advantage of giving readers direct access to Kal-El’s thoughts and feelings. The story, however, is no plodding, pretentiously introspective examination of Superman’s psyche (despite some literally “on the fly” therapy from Jor-El). Readers may think there’s nothing new to know about the death of Krypton, but Wellen’s fast-moving and suspenseful work will prove them wrong.

Joey Cavalieri’s “Mine Enemy Grows Older” also emphasizes Superman’s inescapable alienation from humanity. It extrapolates from two “givens” of Superman’s lore—his super-slow aging, and his long-standing feud with Lex Luthor— a short but fully satisfying science fiction story about “the bravest act of his career,” his death. And in “The Warrior of the Final Dawn,” Garfield Reeves-Stevens delves into the fascinating Phantom Zone to bring Superman face to face with a lethal legacy from his home world. Reeves-Stevens posits that, if intelligent extraterrestrial life does exist, religiously motivated extremism and violence may not, unfortunately, prove to be problems unique to Earth. 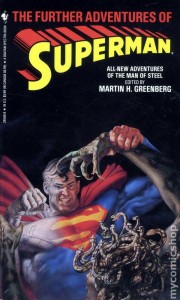 Other authors pay more attention to what the character shares with human beings, whether in the mild-mannered guise of Clark Kent or as the Superman who is an unfailing friend to other people.

In “The Riddle of Superman’s Mask,” by Will Murray (the only story in the book to receive an illustration, the striking but sadly uncredited cover art), we see Superman afflicted by one of his traditional weaknesses, magic. Our suddenly vulnerable hero must trust the knowledge and kindness of an ordinary person—the aptly named Professor Carla Strong—in order to regain his full super-stature.

In contrast, Karen Haber’s “Dateline: Metropolis” barely features Superman at all, turning the spotlight instead on Lois Lane as she seeks to uncover the hero’s secret identity. In lesser hands, Haber’s story could have become one more “laugh at Lois” story; the super-canon has featured several, particularly during the Silver Age. Haber, however, not only writes a smart and sympathetic Lois but also evokes the good-natured but genuine rivalry between Lois and Clark in the Daily Planet’s newsroom. Haber reminds readers that, at their best, Superman’s supporting cast members make him more human because they are fully realized characters themselves.

The book’s standout story, however, is “Apparitions,” by Diane Duane. One of two stories that explicitly explore religious themes, Duane’s story presents a Clark Kent who is a confident, top-notch investigative journalist and a Superman who lives up to the moniker in every respect—including super-intelligence, a trait often eclipsed by the character’s physical prowess—but who are united in their concern for ordinary people. Duane’s hero is as truly himself when discussing possible angelic messages with the hard-working, level-headed auto mechanic who’s afraid of being dismissed as a UFO crackpot as he is intercepting a faster-than-light spacecraft in Earth orbit before it can become a threat to the planet. Ultimately, Duane’s Superman, though better than us in many ways, is not above us, as he shares our quest to uncover whatever meaning moves beneath life’s surface. As he tells the Roman Catholic Cardinal of Metropolis, “I’m only looking for the truth.” The story’s events make clear that Clark and Superman seek not only factual and scientific truth, but metaphysical and moral truth as well. (Incidentally, I commend Duane for including a clergy character who is not a caricature, but a believable, committed person of faith.)

None of these Further Adventures are bad stories (and one, Mike Resnick’s “Excerpt from the Diary of Dr. Morris Finkelstein,” is quick and quite funny and must not be missed). Taken together, they demonstrate the character’s complexity (some commonly heard assertions to the contrary) and seemingly inexhaustible richness. Whether you have only a casual acquaintance with Superman or are a committed devotee, you’ll find something to enjoy in this anthology, and you might even find it focusing your own vision of this indefatigable character, who remains as vibrant as he was when this book saw print twenty years ago.

8 comments on “From the Super Bookshelf: “The Further Adventures of Superman” (1993)”