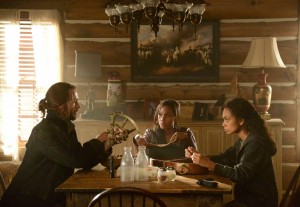 As this week’s arcane lore and secret history swirl around her, Abbie asks, “Are we all having the same conversation here?” She and we can be forgiven the question. Sleepy Hollow’s burgeoning mythology is now mining not only the Bible but also Dante and Milton, legends about King Solomon, and stories of the Knights Templar (is there any complex, centuries-spanning conspiracy those guys aren’t mixed up in?). The series is crafting a crazy quilt of fact, fable, and fantasy, and it’s all terrifically entertaining. Abbie may want to deal with “one story at a time,” but Sleepy Hollow’s writers aren’t afraid to gallop ahead at breakneck speed, trusting us to keep up.

Tea for Who, and Who for Tea?

I enjoy sorting through which details of American history Sleepy Hollow’s writers retain, and which ones they toss overboard like tea into Boston harbor. For instance, Ichabod’s observation that posterity “coined a more festive name” for the events of December 16, 1773 is funny and accurate. Until the 1830s, when rising populism rehabilitated its reputation, the “Boston Tea Party” was remembered more as a regrettable outbreak of mob violence than as a patriotic blow for liberty. George Washington deplored “despotic” taxation without representation and called “the cause of Boston… the cause of America,” but added, “not that we approve their conduct in destroying the tea.” (Of course, Sleepy Hollow says Washington countenanced Ichabod’s instigation of the whole affair, so what else would he say? “Cannot tell a lie,” indeed!) 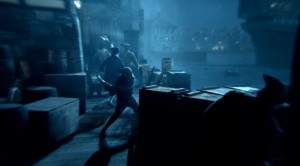 On the other hand, Ichabod gives Abbie and Jenny the impression that a high tax on tea was the only factor that made the Boston Tea Party possible. It’s true, as Christopher Klein explains, that the British crown’s Tea Act left an unpopular three-pence-per-pound duty in place; however, the law actually lowered the commodity’s price. It gave the East India Company “a virtual monopoly on the American tea trade, allowing it to bypass colonial merchants as middlemen and to even undercut the price of smuggled Dutch tea, which was widely consumed… [It] directly threatened the vested commercial interests of Boston’s wealthy merchants and smugglers, such as John Hancock” and Boston brewer Sam Adams, whom Ichabod names as his ally. The protestors may have been motivated in part by high-minded principles, but their financial stake in smuggled tea also brought the tempest to a boiling point.

Éliphas Lévi’s 1860 text The History of Magic claims “the name Jehovah resolves into seventy-two explicatory names.” In these names, “the keys of universal science” can be found, and finding them is “the art which is called by Kabalists the Keys of Solomon… [The one] who possesses the Keys of Solomon can communicate with spirits of all grades and can exact obedience on the part of all natural forces.”

According to some legends, King Solomon did just that. The Testament of Solomon, a Greek text from the first to the third centuries of the Common Era, tells how the Archangel Michael presented Solomon with a magic ring: “Take, O Solomon, king, son of David, the gift which the Lord God has sent thee…With it thou shalt lock up all demons of the earth, male and female; and with their help thou shalt build up Jerusalem.” The source of this episode’s title, the seventeenth-century grimorie The Lesser Key of Solomon, catalogues seventy-two demons in Solomon’s workforce, and purports to tell readers how they, too, can enlist them. (Hey, good help is hard to find!)

The Bible lists many of Solomon’s areas of expertise—he was an avid amateur naturalist, for example, and a prolific writer of proverbs (see 1 Kings 4.29-34)—but it doesn’t say he ever dabbled in demonology. It does tell us he “loved many foreign women” who “turned away his heart after other gods” (1 Kings 11.1, 4).

I guess we could infer that Solomon, though world-renowned for wisdom, unwisely dabbled in the dark arts under the influence of these romantic entanglements—though I’m not eager to continue the all-too-frequent Christian practice of pinning the blame for men’s problems on women!

Instead of filling in the details of Solomon’s sin, we’re probably better served confronting and confessing the specifics of our own.

What or who do we let “turn away our hearts” from God? For some, it might be an unhealthy interest in the occult, but I bet, for many, the temptations are more mundane. Work. Food. Sex. Money. Relationships. None of these things are bad in and of themselves, but if we grow to love them more than we love the God who first loved us, they can become our own personal demons, and we’ll be laboring for them.

You’re not likely to find statues of nuns and angels in any Reformed church building, Dutch or otherwise! Even so, by setting this week’s climactic battle in a Christian worship space, the writers again highlight how evil mocks good. Moloch’s minions stage a blasphemous liturgy of “word and sacrament.” They read and pray over the Key of Solomon, instead of the Bible. They co-opt the baptismal font and make it, not the place of new birth in Christ through Spirit-filled waters, but a portal to hell that bubbles over with destruction and death.

While still posing as a piano teacher, Gunther the Shadow Warrior (a chilling performance from Carsten Norgaard) tells his student, “Always the left hand will save you.” The line isn’t just a performance tip; in this context, it’s a statement of hellish hubris. It’s not fair (as my wife, a “leftie,” often laments), but the left hand has long been associated with evil. The Latin word for “left-handed” even yields the English word sinister! Gunther has signed up to be one of Moloch’s long-lived minions because he’s convinced salvation can be found in serving sinister powers. He dies believing evil’s cause is “just,” its triumph “inevitable.”

Before he does, though, he calls Abbie by her first name. On the one hand, the moment is further mockery of God. Gunther’s insistence that Moloch is “inside” Abbie and Jenny, and speaking Abbie’s first name as supposed proof, is a false echo of God’s rightful claim on Israel: “Do not fear, for I have redeemed you; I have called you by name, you are mine” (Isaiah 43.1).

The “left hand” of evil can never redeem! Instead, “strong is [God’s] hand, high [God’s] right hand” (Psalm 89.13). Even as Gunther spreads Moloch’s lies by speaking Abbie’s name, he is indirectly and unwillingly glorifying God. Why? Because Abbie’s first name is Grace! 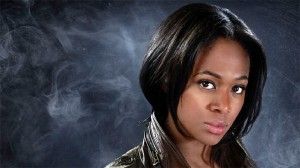 To speak her name is to speak of God’s fundamental posture toward all creation, including sinful and fallen humanity. To speak her name is, in a sense, to speak God’s name—not subdivided into seventy-two mysterious monikers, but one irreducible identity: “The Lord, the Lord, a God merciful and gracious, slow to anger, and abounding in steadfast love and faithfulness…” (Exodus 34.6). True, a God who “by no means clear[s] the guilty” (34.7); but a God who takes “no pleasure in the death of the wicked” (Ezekiel 33.11), and “who desires everyone to be saved and to come to the knowledge of the truth” (1 Tim. 2.4).

Why has Abbie chosen to use her middle name? “Abigail” means “my father rejoices.” We learned this week that Abbie’s biological father abandoned her, Jenny, and their mother. Did Abbie prefer that name as an unconscious expression of longing for her father’s joy—or, perhaps, as conscious testament to the joy her father figure, Sheriff Corbin, took in her? Or did she perhaps feel unworthy to be named Grace?

No one is worthy of God’s grace—yet God showers it on us in Jesus. To all who receive him, he gives “power to become children of God” (John 1.12), children of a heavenly Father who does rejoice over us.

I was fascinated that, in the episode’s next-to-last scene, Jenny finds poetic beauty in a psalm focused on vengeance (Psalm 94), even as Abby wrestles with, and is developing in, her ability to give and receive grace. Sleepy Hollow features Tom Mison as Ichabod first in its weekly credits, but this scene, together with the knowledge of her first name, confirms my sense that Grace Abigail Mills is really the show’s central character. Her journey to grow in grace is one we all share. The fact that grace comes first in her name makes me hope God’s grace will have the last word in the fictional world of Sleepy Hollow, even as it will, in God’s good time, in the real world.

2 comments on “Reflections from Sleepy Hollow, 1.4: “The Lesser Key of Solomon””