The final movie in Peter Jackson’s Hobbit Trilogy releases today, and with it will no doubt come another round of debate about what filmmakers should and shouldn’t do when adapting a novel. By now, and regardless of where you fall on the issue, I’m sure you can recite every beat of those arguments. One side will grumble about the additions of characters like Evangeline Lilly’s character Tauriel, the overuse of CGI, and Tolkien’s slim volume into three films. The other side will roll their eyes at these purists and remind them that no adaptation can be 100% faithful, additions to a book like The Hobbit were inevitable, and that Tolkien fans should just relax and enjoy the experience.

“But that’s not the point,” the Tolkien fans will retort indignantly. “The real issue is that the book’s story is unrecognizable in its cinematic form.”

To which the film defenders will, with thinly veiled exasperation, reply, “If you want the book’s story, read the book. Meanwhile we’ll be over here enjoying our 24-hour marathon of all six extended editions of the Middle-Earth movies.”

Somewhere around the 5,000th comment on whatever internet forum the debate occupies, the conversation will at last run out of steam and the two sides will go their separate ways. That is, until the next controversial book adaptation emerges and the fight starts all over again.

It’s a shame that these conversations go this way. Whether the participants realize it or not, they’re engaging in a philosophical debate on the question of aesthetics – an issue I care about quite deeply and one that deserves better than the same tired sloganeering.

If we’re going to manage a more intelligent discussion of this issue, we need to start by paying attention to the underlying philosophical ideas. To that end, let’s turn to St. Thomas Aquinas –  a man who, despite living nearly a millenium before cinema was invented, can give us the terminology and ideas we need to discuss film adaptations with intellectual and philosophical rigor.

Throughout the Summa Theologica St. Thomas regularly makes use of Aristotelian philosophy in order to help us better understand God, humanity, and the Christian faith. Along the way, he employs a plethora of technical terminology. Two of his more common terms – and the two most relevant to our discussion – are substance and accident.

Substance and accident together make a thing or person whatever it is. Substance are the characteristics a thing possesses that make it part of its species. The substance of a human being includes things like thinking rationally, possessing a body recognizable as human, the ability to interact with the world using the five senses, etc.

Accident, on the other hand, are the features particular to an individual. These are things like your eye color, your preferences, and your family history. The fact that you are able to think rationally and walk around on two legs are part of your substance as a human being. The fact that what you prefer to think in your own particular way and enjoy discussing certain topics are part of your accidents as an individual.

Let me suggest that stories have substance and accident as well. The substance of a story is what it is at a basic level – its themes, its overarching plot, its key characters. Its accidents are the parts of the story that flesh out that substance – side characters, 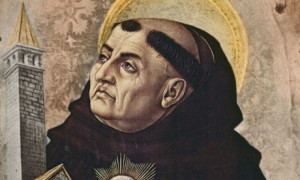 minor lines of dialogue. In the case of something like The Hobbit, the development of Bilbo Baggins from a cowardly hobbit who wants nothing to do with adventures, to someone who shows great courage is part of its substance. The fact that fighting giant spiders is part of that development is one of the story’s accidents. That is to say, Tolkien could have replaced that scene with another event and still kept Bilbo’s character arc exactly as it is.

Film adaptations, then, are the translation of a story’s substance and accident into a new medium. Understanding them in these terms does a lot to clear up the repetitive debate I described above. It also makes it easy to see why the two sides are talking past each other.

In the case of The Hobbit Trilogy, I believe that most dissatisfied Tolkien fans feel as they do because they perceive that the substance of Tolkien’s narrative has been largely obscured in the adaptation. However, they often express that by griping about accidents. The Peter Jackson defenders hear that and rightly protest that its impossible for all accidents of a story to be maintained in an adaptation.

In most debates like this, the two sides are talking about two different things – one is focused on substance, the other on accident. However, because the debate is never expressed in those terms, the two talk past each other and nothing is resolved.

I would suggest (and I believe St. Thomas would agree!) that an adaptation needs to be judged based on how effectively it handles the translation of substance from page to screen. Christopher Priest, author of The Prestige, remarked that the Christopher Nolan’s adaptation of his novel was entirely faithful yet changed every detail. In other words, the substance was preserved while the accidents were changed.

By the same token, Stephen King – because he was displeased with the Stanley Kubrick version – adapted The Shining into a miniseries that many fans of the novel have found unwatchable. The accidents are all there but the substance of that novel – the increasing dread and claustrophobia – are nowhere to be found.

Of course, there are exceptions to this rule. It’s certainly possible to make a brilliant movie while radically changing the substance of a story (I believe Stanley Kubrick’s The Shining is one such case). However, for the vast majority of adaptations, I believe these are helpful categories to think in. They allow us to express our delight or frustrations in more meaningful terms, while increasing our appreciation of aesthetics.

Whether you love the Hobbit movies or think they’re the worst thing to happen to Middle-Earth since Smaug kicked the dwarves out of Erebor, I’d encourage you to try out these categories as you formulate and defend your position. Not only will it make you a better conversation partner, it will give you a greater appreciation of art, and allow you to rest in the knowledge that St. Thomas – the Angelic Doctor – is smiling down on you from Heaven.

For more discussion of St. Thomas from Ben, check out his YouTube project: Reading the Summa

2 comments on “Substance, Accident, Aquinas, and Adapting The Hobbit ”