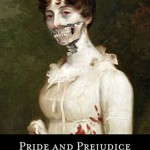 She kicked some Zombie butt in Zombieland (Which you should definitely see if you have not already) and soon you’ll be seeing her in The Amazing Spider-Man. Now, Emma Stone has officially been cast as Elizabeth Bennet in Pride and Prejudice and Zombies. The film will be adapted from Seth Grahame-Smith’s novel of the same title which is based on Jane Austen’s novel, Pride and Prejudice. The cinematic version will find Stone’s character fighting the living dead alongside her love, Mr. Darcy.

Seth Grahame-Smith will pen the script along with Marti Noxon (Buffy the Vampire Slayer), and Craig Gillespie (Lars and the Real Girl) will direct.