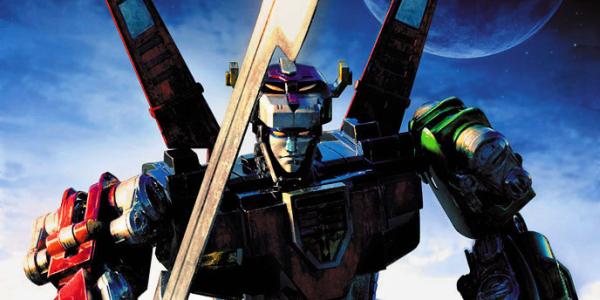 Relativity Media and Atlas Entertainment have optioned the film rights for Voltron.  The new live-action reboot will be based on the 1984 animated series Voltron: Defender of the Universe.  Here’s their synopsis:

In Voltron, an elite battle force defends the fate of mankind in the spectacular action adventure. Five young warriors are responsible for the future of the galaxy when they become pilots of a battalion of ultra-high-tech Robot Lions, powerful vessels with the ability to join together to form a fearsome mega-weapon known as “Voltron.”

Below is the official press release for your reading pleasure:

(Beverly Hills, CA) July 21, 2011 – Relativity Media’s President of Worldwide Production Tucker Tooley announced today the studio has optioned the feature film rights for Voltron™ from World Event Productions, and will adapt the live-action big screen version from the 1984 cult-classic animated series Voltron: Defender of the Universe™. The project was brought to Relativity through their deal with Atlas Entertainment’s Charles Roven and Richard Suckle, whose company will shepherd the project.

In Voltron™, an elite battle force defends the fate of mankind in the spectacular action adventure. Five young warriors are responsible for the future of the galaxy when they become pilots of a battalion of ultra-high-tech Robot Lions, powerful vessels with the ability to join together to form a fearsome mega-weapon known as “Voltron”.

The original series, based on the Japanese anime properties Beast King GoLion andKikou Kantai Dairugger XV, aired in the United States for two years and has been described as an “international pop-culture hit” that has garnered a large following over the last 25 years. In recent years, the Voltron™ property has sold over 300,000 DVDs, established numerous apparel and consumer product deals and has spawned a highly-successful TV series, Voltron Force™, which became Nicktoon’s highest-rated debut ever on June 16, 2011. Voltron™ will be making its first-ever panel debut at Comic-Con International in San Diego on Thursday, July 21 where they will feature a presentation of all-new and classic Voltron™ content.

The live-action film will be produced by Atlas Entertainment’s Roven (The Dark Knight) and Richard Suckle (The International), along with Kickstart Entertainment’s Jason Netter (Wanted). World Events Productions’ Ted Koplar (Voltron Force) will executive produce. The script is being penned by Thomas Dean Donnelly (Conan the Barbarian) and Joshua Oppenheimer (Sahara).

Tooley said, “For nearly three decades, Voltron™ has captured the minds of a nostalgically loyal and rabid fan base and has long been considered a hotly-pursued project. We are beyond excited World Event Productions and Atlas Entertainment have placed their trust and faith in Relativity to bring this coveted property to the big screen, and usher in a new generation of devoted fans.”  Tooley added, “With Chuck and Richard’s experience producing tentpoles, they are the perfect producers to bring this potential franchise to theaters.”

Roven, co-founder, Atlas Entertainment said, “It’s incredibly gratifying to officially announce the development of the live-action Voltron™ movie this week, given its recent resurgence and the start of Comic-Con.”

Suckle, producer, Atlas Entertainment added, “I know there’s been a lot of rumors and speculation about this movie, so it’s great to finally confirm to all the Voltron™fans everywhere that we’re coming for them.”

World Events Productions was represented in the deal by UTA.

One comment on “Live Action Voltron Film On Its Way”