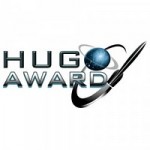 It’s the science fiction and fantasy equivalent of the Oscars: the Hugo Awards, named for legendary pulp sf editor Hugo Gernsback, often hailed as “the father of science fiction” (even though he himself called the genre “scientifiction,” a term that, fortunately for us all, didn’t catch on).

This year’s crop of awesome rocket statuettes (seriously, could there be a cooler sci-fi award?) was awarded August 21 in Reno, Nevada as part of the World Science Fiction Convention.

I’m excited that Steven Moffat’s outstanding two-part finale for series five of “Doctor Who” took top honors in short form drama, but very disappointed that The Unwritten (an excellent Vertigo comic and a must-read for anyone interested in the nature and power of narrative) lost out in the graphic story category.

The Lifecycle of Software Objects by Ted Chiang (Subterranean)

“For Want of a Nail” by Mary Robinette Kowal (Asimov’s, September 2010)

Chicks Dig Time Lords: A Celebration of Doctor Who by the Women Who Love It, edited by Lynne M. Thomas and Tara O’Shea (Mad Norwegian)

Award for the best new professional science fiction or fantasy writer
of 2009 or 2010, sponsored by Dell Magazines (not a Hugo Award).