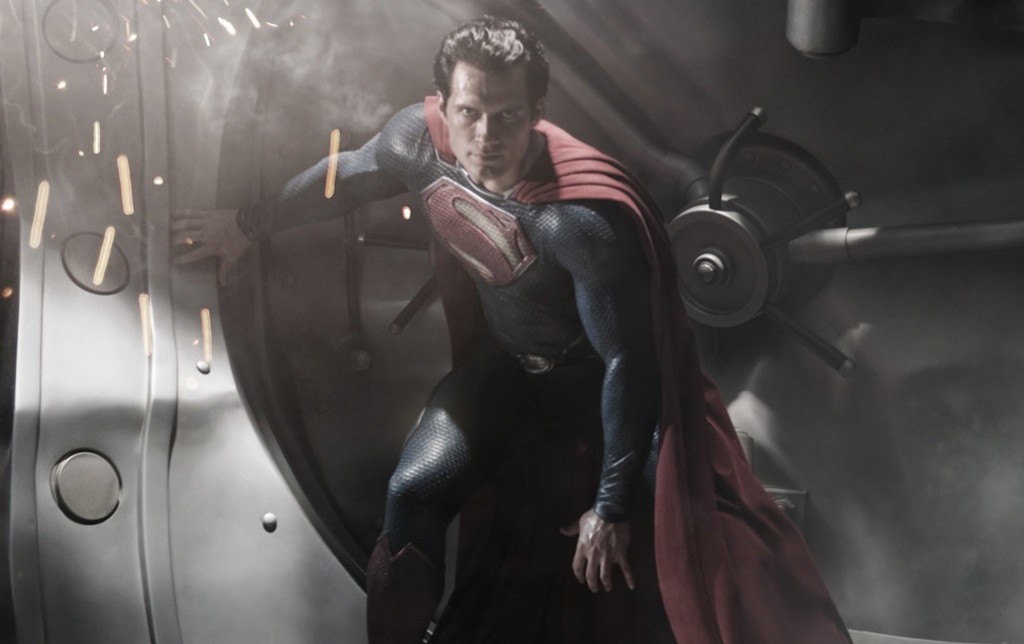 Here is our first look at Henry Cavill as Superman from Zack Snyder’s Man of Steel. I’m just not sure what I think yet. Maybe I need to let it grow on me or maybe I need to see it in action. What is up with the scale like texture in blue? It kind of has the same look that the new Spiderman costume has. And it appears that the famous “S” is raised. Do all costumes have to have their emblem on it as a raised plastic or metal piece? I do like however that Warner Bros. has released this photo now with such a high quality of production behind it. This is way better than letting our first glimpse being a cell phone picture seen from a roof spying overhead.I also have to give this photo some credit for not going the way of  a normal super hero pose with a boring background. Want to see what I mean? Check out this photo of Brandon Routh as Superman.

10 comments on “First Look at the Man of Steel”