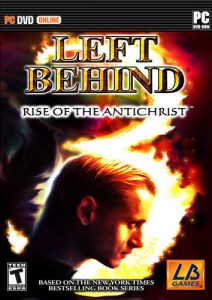 Left Behind 3: Rise of the Antichrist is an acceptable, though ultimately replaceable, addition to the RTS genre; as a Christian game, it leaves much to be desired.

While there are many types of video games, none have more of a stigma attached than the “Christian” genre.  The rule following such games is to take an established medium and transform it into an educational experience that helps guide people to Christ.  Whether or not this is successful is a topic for another article, but, regardless, these Christian games are out there.

One studio, Left Behind Games, makes it their policy to release such games to the public.  One of their most successful series stems from their namesake, the latest of which is Left Behind 3: Rise of the Antichrist (LB3).  Based upon the Left Behind book series, it takes you into the post-tribulation world of New York City to covertly battle against an evil that threatens the afterlife.

Similar to other Real-Time Strategy games, LB3 provides the player with a variety of units, including builders, recruiters, worshipers, and soldiers, to achieve victory over the opposition.  Perhaps the most innovative aspect to this game is the inclusion of Spirit Points, a system of leading opponents away from the evil of the Antichrist and eventually conversion to Christianity.  Violent actions reduce spirit points, resulting in the vulnerability of the player’s forces, making pacifist methods more successful in achieving goals and winning scenarios.

The graphics are what would be expected from a low-budget developer, but main and in-mission cut scenes were laughable at the best of times.  The environment and game-play did provide some challenging moments, but also some frustration; controls can be awkward, and some minor bugs detracted from the experience.  Thankfully, a good tutorial and slow introductory missions help the learning curve greatly, easing the player into the Left Behind world.

My main disappointment in LB3 lies in its most innovative feature. The spirit point concept did not, as intended, make me feel as if I was converting atheists or agnostics to my cause, but seemed more like an arbitrary score that fluctuated as time passed.  I could have easily seen this same mechanic used in other scenarios, such as a mind-control meter that elves must influence with spells to free their brethren from a Sorcerer’s dark magic.  It did not feel ultimately Christian to have my deeply religious troops, even the heroes of my team, abandon Christ and turn to evil just because a number dropped too low.  If anything, the sheer arbitrary nature of the mechanic negates all basis for moral choice within the game.

For a 2010 low-budget game, they’re not bad, but a little bland and filled with product placement.

It had a good score and decent voice acting, but the constant sales pitch to buy the CD was off-putting.

The “spirit points” add an interesting dynamic to the game, and tutorials guide the player through more complex aspects of gameplay.

A game that boasts Christianity as a theme loses focus when it utilizes a system that turns people into empty spiritual vessels that can be filled or drained of belief at a whim.

The characters were uninteresting.  Perhaps reading the books would make them more meaningful, but I shouldn’t have to delve into 16 novels just to get into a RTS.

If you enjoy RTS games with a bit of a twist, check it out…if you don’t have to shell out a lot for it. (not an average)

In conclusion, innovation and solid gameplay aside bland environments, lackluster characters, and a broken morality system makes Left Behind 3: Rise of the Antichrist a “take-it-or-leave-it” title.

5 comments on “Review – LB3: Rise of the Antichrist”