To me, Halloween is a classical holiday; not in the spiritual sense of Christmas and Easter, or the familial sense of Thanksgiving, but in that it brings me back to childhood.  I’ve always loved a good story, and there’s something to be said about scaring yourself with a well-written tale that evokes a feeling of dread, while at the same time knowing in the back of your mind that all is really well.  That’s why I chose these three staples of the macabre as my favorites of the season; if you’re not afraid yet, then Yoda was right.  You will be. 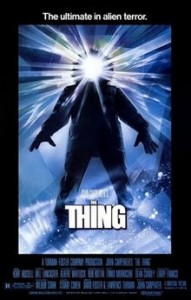 As a general rule, I hate remakes, especially ones that happen when the source material isn’t all that old or bad to begin with.  Since rules are made to be broken, it just so happens that one of my favorite movies of all time is a remake of the 1951 cult classic, The Thing from Another World.  This film in and of itself is a retelling of a 1938 John Campbell piece called, “Who Goes There?”  Although Another World was a decent film in its own right, John Carpenter truly brought the fear of the unknown to life in his 1982 classic.  Though a gruesome tale with fantastic special effects that still hold up today, what truly makes this a timeless film goes beyond typical gore.   Exploring the concept of trust, The Thing begs the question of who is friend or foe, and that those whom you thought you knew could be someone sinister.  Even today, many of the film’s major questions remain unanswered, and its premise is so strong that it even spawned a video game sequel and  a film prequel.  I end up watching this film at least once a year, and it’s well worth it. 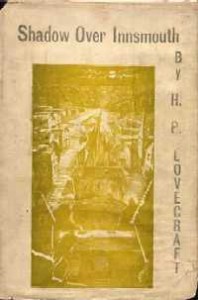 Some Christians have a definitive problem with works by those such as Lovecraft.  His stories and poems focus on an atheist worldview, and thus his true horror lies in a lack of God.  The insanity that Lovecraft’s narrators often succumb to is due to the hopelessness of a world without God.  What could be more terrifying than that?  A mythos surrounding his works has created a pantheon of gods of terror and destruction, and “The Shadow over Innsmouth” is no exception.  I had a difficult time choosing between this and “The Dunwich Horror,” but “Shadow” is a much more typical, and frightening, Lovecraft.  A New England town overrun with cultists, and worse?   A scene where the protagonist escapes his pursuers in a mad dash from hotel room to hotel room?   Now this is Halloween. 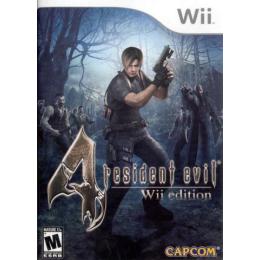 I couldn’t call myself a gamer without putting a classic such as this in my list.  The Resident Evil franchise has been a staple of the survival horror genre for as long as I can remember, but by 2005, the concepts of zombie destruction and the Umbrella Corporation were becoming stale.  Capcom livened it up with RE4, with a new plot, new villains, and no zombies (well, sort of).  The game relies on mood-setting environments and tense action scenes as well as a limited ammunition supply as you try and protect the president’s daughter.  When released for the Wii, the port that I own, it was and largely still is the game to own.  Now over six years old, it has withstood the test of time, and remains a favorite of survival horror-ists everywhere.

These are only a small taste of the macabre that awaits the mind eager for terrifying experiences.  I love a good scare, but mainly because of Joshua 1:9.  I don’t need to be terrified, but that doesn’t mean I don’t love a good scare.

Be sure and come back tomorrow with Brady as he exorcizes some of the demons from his past!