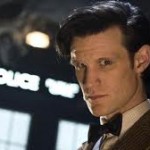 Last week, I declared that “wherever Steven Moffat takes us… and however we get there, I’m confident I’ll like it.” My faith in the Doctor Who head writer’s ability to tie up all the loose ends of his extra-timey-wimey story of the Doctor’s death could have given that minotaur from “The God Complex” several days’ breakfasts, lunches, and dinners. But was my faith well-placed? Moffat recently claimed the series six finale would answer “pretty much all the questions about what we saw in ‘The Impossible Astronaut.’” I suppose it does. I just don’t find all of those answers satisfactory.

My biggest complaint is that Moffat didn’t avail himself of the one firmly established way out of the corner he’d written himself into: the Flesh or “Ganger” Doctor. In “The Rebel Flesh”/“The Almost People,” we heard several times that the Doctor and his double were really the same person. That’s a pretty counterintuitive proposition, but the story asked to accept it as a fact, and fair-minded viewers did. The explicit statement that the Ganger Doctor could, despite his self-sacrifice at the story’s end, somehow reconstitute himself seemed to signal the eventual reveal that the Doctor who died at Lake Silencio was the Ganger Doctor, leaving “our” Doctor alive and well for ongoing adventures. As it turns out, the “dead” Doctor was never really alive! The “Doctor” River Song shot in Utah was “the Doctor in a Doctor suit”: the Doctor inside the Teselecta, the shape-shifting, time-traveling robot crewed by “tiny cross people” from “Let’s Kill Hitler.”

Surprising? Yes. But logical? No. The finale establishes that the restoration of time’s integrity depends upon physical contact between River and the Doctor. But, in touching and kissing the Teselecta, is River actually touching and kissing the Doctor inside it? Mediating actual physical contact is not, as far as we know, one of the robot’s properties. Its operators interact with the environment indirectly. And, as a friend with whom I watched the episode pointed out, why did the Teselecta act so robotically—stiff movements, halting speech—in “Let’s Kill Hitler” but so natural and life-like here, to the point that no one could tell it was anyone other than the Doctor himself?

Some fans have said a swap of “our” Doctor for the Ganger Doctor would have been too obvious. I can’t deny they’re right. But the obvious story is sometimes the most satisfying one. Red herrings and misdirection are fine; that’s part of the game. But the solution, once revealed must hang together and make sense; the audience must say to itself, “Oh, of course! How could it have been otherwise?” I don’t think Moffat gave us a plausible, self-consistent resolution. He made a bold move when the season began, but failed to follow through when it ended. Remember old Canton’s emphatic line in the season premiere, “That is most definitely the Doctor, and he is most definitely dead”? A substitution of the Ganger Doctor for “our” Doctor would have made Canton’s words true, but the Teselecta gambit makes them either a lie, a mistake, or utterly irrelevant (perhaps the latter, given how Canton was relegated to one brief background appearance in this week’s episode—why the Doctor even invited Canton to Lake Silencio is a question left entirely unresolved.) Making the Teselecta the victim changes too many rules too late in the game.

On the Other Hand…

I realize I sound like a case of “sour grapes:” I thought I’d figured out Moffat’s puzzle, but I didn’t. So let me also say I still found this episode entertaining. The “all of history happening at once” concept also doesn’t hold up under logical scrutiny, but who can resist 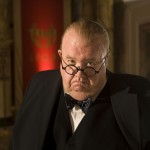 Holy Roman Emperor Winston Churchill presiding over a London where pterodactyls share the skies with balloon-powered automobiles? Dorium Maldovar continues to be a wonderful character (even if he is now only a head in a box), and “Live Chess” is a brilliantly wicked idea. The climactic fight against the Silence creatures was exciting, and Karen Gillan shines as “Pond, Amelia Pond.” (Although I don’t expect we’ll ever hear more about her decision, in the now-non-existent timeline, to kill Madame Kovarian. Kovarian’s death was poetic justice if ever there was, but, as Amy’s later comments confirm, it provides further substantiation for the accusation Davros leveled against the Doctor in “Journey’s End,” that the Time Lord turns all his Companions into weapons. Still, I appreciated the on-screen acknowledgment, however brief, of the moment’s moral complexity. I wish the recollection of the Doctor’s turning all of post-1969 humanity into a weapon in “Day of the Moon” had given the characters similar pause.)

Cheers also to the reprise of Rory’s “faithful soldier, waiting to be noticed” motif. Time can be rewritten, it seems, but, as so many recent episodes have illustrated, true love can’t. Suffering the pain of his activated eye drive in order to give Amy, River, and the Doctor a last chance to set the universe right, Rory, “the man who dies and dies again,” continues to embody self-sacrificial love. How refreshing to see, on a major television program, a character who demonstrates love that “bears all things, believes all things, hopes all things, endures all things,” and—in a literal timey-wimey way that the apostle Paul could never have anticipated—really does “never end” (1 Cor. 13.7-8)! Some fans have complained that this season’s emphasis on love as a “trump card” that saves the day has grown repetitive and trite. If we’re going to hear a message time after time from a TV show, however, there are certainly far worse ones on the air already.

I also appreciate the way the finale gives the necessary counterweight to the Doctor’s recent decision to face his death. When he, River, and Amy are standing atop the “Area 52” pyramid, I noticed immediately the beautiful, star-filled skies of the cosmos overhead. They reminded me of the scene the Doctor projected onto the ceiling of Alfie’s nursery the week before. At that point, the Doctor indicated that he no longer believed those star-filled skies had any place for him: “I lived my dream. I owned the stage. Gave it a hundred and ten percent. I hope you have as much fun as I did.”

Now, however, River implores the Doctor to look at the skies in a different way. “You’ve decided that the universe is better off without you,” she tells him, “but the universe doesn’t agree… I can’t let you die without knowing you are loved by so many, and so much.” Over the last few weeks the Doctor has concluded that he does more harm for the universe than good. He has put people in danger; he has failed people; he has let people down. Matt Smith’s moving work in those episodes didn’t lead me to consider, until River’s words to him in this one, that the Doctor had fallen into the sin of despair.

Novelist Joyce Carol Oates explains why the Roman Catholic Church has counted despair among the Seven Deadly Sins: it is “the conviction that one is damned absolutely, [and] thus a repudiation of the Christian Saviour.” You don’t have to be Catholic to see despair’s dangers. Despair denies God’s sovereignty over human life. It forecloses God’s power to create new possibilities, to give birth to new beginnings. It is the arrogant claim, masquerading as humility or self-deprecation, that God’s hand is too short to save one miserable sinner.

In the face of despair, Christian faith proclaims hope! Yes, we have sinned. Yes, we have hurt people, directly and indirectly. Yes, we have failed our neighbors; yes, we have failed God. But God “does not agree” that God’s universe would therefore be better off without us. God still claims us; God still gives us purpose; God still loves us. “If we confess our sins, he who is faithful and just will forgive us our sins, and cleanse us from all unrighteousness” (1 John 1.9). Our confession does not earn God’s forgiveness, but it tells the truth about where we stand and upon whom we depend. It frees us to hear the Gospel and to experience its liberating power: “God proves his love for us in that while we still were sinners Christ died for us” (Rom. 5.8).

And so perhaps this episode, and series six as a whole, leaves us to ponder a question—not The Question That Must Never Be Answered, but one that matters to us, in our daily living. When we look at the beautiful, star-filled skies of the universe, what do we see? A vast stretch of possibility and promise for others, but not for us? Or do we see them, clearly and correctly, as an arena into which we can still shine our light—reflected from Jesus Christ, who alone is the Light of the World (John 1.8-9; 8.12), but no less really and truly ours? No one else can reflect Jesus’ light in just the ways we can; why else would the apostle Paul call on us to “shine like stars” in a dark world (Phil. 2.15)? If Moffat’s Doctor Who is about learning to see the universe and our place in it properly, then we, like the Doctor, can confess our sin, experience forgiveness, and “step back into the shadows”—not to be consumed by darkness, but to shine light into it, as we have been called to do by our gracious God.