The Elder Scrolls V: Skyrim makes its predecessors look almost amateurishness in their attempt at an Open World RPG. 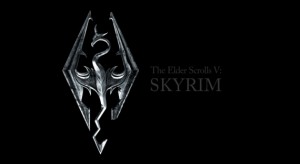 Being an avid gamer and a lover of RPGs, I’ve spent many a day strolling through the open-world designs of both Bethesda Gamework’s previous Elder Scrolls titles: namely Morrowingd and Oblivion.  Those worlds were rife with quests and graphics that could keep me occupied for hours.  Alas, the bliss was fleeting as I found the obtuse and backwards leveling system in both games exceedingly obnoxious.  I couldn’t understand the thing, much less have fun with it, and no matter what I dd I ended up with a nerfed (or incredibly underpowered) hero by mid-game.  It wasn’t until much later, after many modifications had been created by a dedicated fan base, that I was able to play Oblivion with any sense of entertainment.

Skyrim makes Oblivion look like it was made by monkeys on typewriters.    OK, maybe that’s a little harsh, because other than the backwards leveling system, Oblivion was an excellent and immersive RPG.  It had an intriguing story line, wonderful graphics, and intriguing quests that made it possible to feel like you were (in some small way) affecting the gaming world.  Skyrim takes these good points to a whole new level, involving the player in a civil war and an attempt to stop the apocalypse.

By making a more fluid level system, gamers can simply play the game the way they wish without having to worry about what skills to level and how to get a character that won’t be severely hindered in higher levels.   If you want to me a magic user, use magic to heal and destroy your enemies.  If you want to be an armorer, collect material from various ore veins across the land and use a forge in town to craft new armor.  The higher your skills, the more options you have during leveling to gain special perks that improve your character.

Even with its good points, there are several glaring flaws with Skyrim.  Graphics are intense, and those playing on a PC might have some difficulty playing at higher resolutions and quality levels.  I have a decent gaming rig, and my machine had trouble with frequent slowdowns at random intervals.  That brings up another point; Bethesda studios is notorious for releasing games with bugs, and even the console versions have issues with game crashing and freezing.  I would expect that the studio will be releasing free patches to the XBox 360 and PS3 versions before long (if they haven’t already).

This is a difficult game to score, mainly because of the console/PC differences.  One of the factors I love about PC gaming is that dedicated fans often release mods (or modifications) for games, giving them longevity and even fixing problems that developers have either ignored or felt were not worth the time to repair.  Console gamers, on the other hand, have the advantage of a dedicated and stable platform on which to play their games.

These are mind-blowing visuals that really take you into the world of Skyrim. Even on a PC with lowered intensity, they remain impressive.

If I could give the musical score a six, I would.  It’s a dynamic background track that accentuates the experience.  There are also a plethora of voice actors that make NPC interaction a joy rather than an ear-aching chore.

I can really only speak for the PC version, and it seems like the controls were designed primarily for a gamepad like the 360, and modified for computer use.  That made play a little tough, but I’m sure my experience would have been different on a console.

Sometimes the player is forced into performing immoral acts that seem like murder or theft, but the overarching story is about self-sacrifice, as well as deciding which side to serve on during the civil war.  Be warned, though, with the amount of blood in this game it is NOT for children.

The main story is excellent, but some of the side stories and quests seem forced and similar to “fetch me this” journeys across a huge landscape.

If you have the cash to spend, get The Elder Scrolls V: Skyrim.  It’s a great game, highly entertaining, and visually striking.  If you like tweaking with your games and have the knowledge to do so, get the PC version.  If you just want to sit back and relax, buy it or your favorite console.  You’ll have a good time and be playing a game for months to come.  And you fight dragons.  Big ones.

One comment on “Review – The Elder Scrolls V: Skyrim”