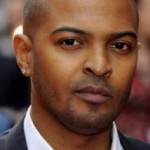 Yesterday, Variety announced that British actor Noel Clarke, best known to genre fans as Mickey (not to mention Ricky) Smith, a recurring character in Russell T. Davies’ four series of Doctor Who, will play “a family man with a wife and young daughter” in the film. Given both the sparseness of that information and the fact that Abrams’ take on the 23rd century isn’t set in the “prime” Star Trek timeline, Clarke could be playing just about anyone. Still, do any Trek fans have informed speculations? I hope Clarke’s role will be substantial. His work on Who proved him an actor capable of great range and powerful emotion, and Abrams would be well advised not to squander him in a bit part. 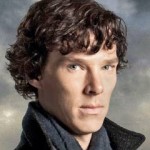 Variety provided slightly more detail in today’s announcement that Benedict Cumberbatch— another thespian from across the pond, currently winning popular and critical acclaim in the BBC’s Sherlock–will be portraying a villain in the piece. No word on whether he is the only or main bad guy the Enterprise and her crew will face, or how his casting may relate to the long-rumored but oft-denied involvement of Khan Noonien Singh in the plot. Personally, I’d like to see Cumberbatch create an entirely new character. In one respect, casting Cumberbatch is elementary (sorry): he is, after all, providing the villainous voice (and, it seems, some menacing motions, as well) of the great dragon Smaug in Peter Jackson’s The Hobbit.

The cast already includes Peter “Robocop” Weller and Alice Eve (yet another Brit, who will appear in Men in Black III) as well as, of course, Chris Pine, Zachary Quinto, and the rest of the first film’s engaging ensemble. If we’re also given a strong story (with perhaps a little more philosophical meat on its bones this time around) and outstanding special effects (with perhaps a little less lens flare), “Star Trek 2,” currently slated for a 2013 release, should be nothing short of stellar.