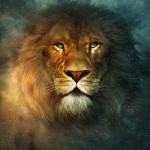 While The Hobbit will no doubt get the lion’s share (so to speak) of fantasy movie fans’ attention in 2012, admirers of the ongoing film adaptation of The Chronicles of Narnia are still holding out hope that the franchise will continue. Last fall, NarniaWeb reported that Walden Media “no longer has exclusive purchasing rights to any further Narnia films.” Furthermore, the C.S. Lewis estate must observe a moratorium of unknown duration before selling the rights back to Walden or to any other company. Ever the optimists, the fans at NarniaWeb write that Doug Gresham (Lewis’ stepson) “has mentioned many times that it’s his dream to make all seven Narnia books into movies so he probably won’t rest until he’s done that. This is not the end of the Narnia movies! We’re only going to have to wait a while before we see another one.”

In the interim, other interested parties are adapting Narnia–not to the screen, but to the stage. Rupert Goold, a British theater (sorry, “theatre”) director with the Royal Shakespeare Company, has announced that he is planning a new stage version of The Lion, the Witch, and the Wardrobe. He has, however, pledged “a rougher, more elemental telling of the story,” one that is “less posh,” “less period,” and “less Enid Blyton-like” (a reference to Britain’s most commercially successful children’s author of the 20th century, creator of the phenomenally popular but critically panned “Noddy” series). Since most of the story takes place in alternate world where time runs differently than it does in our world, I’m unsure how making it “less period” will enhance anything. Goodness, what do they teach children in these schools today? 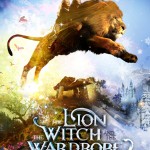 I’m more concerned, however, with Goold’s criticism of the Pevensie children.  Goold claims “the problem with previous stage versions of the book has been ‘four children who you can’t really differentiate between, who seem rather privileged and succeed through right of their blood line’–something he says his version will change.” As readers of the book know, the really important “blood line” the children claim is not the Pevensie line but the human race! They are “sons of Adam” and “daughters of Eve,” and their importance in Narnia reflects Lewis’ conviction (well-grounded in Scripture, of course–see Genesis 1.26-30 and Psalm 8, among other texts) that God has given humans the right and responsibility of ruling over creation (though never without being accountable to the Creator).

You heard it for yourself: the trailer claims the show is “true to the original story.” The Lewis Estate has given its imprimatur, and Gresham has publicly stated his support of the project, so we shall see. But the Pevensies’ (and, in later books, King Caspian’s) “divine right of kingship” over Narnia is no antiquated, outdated flourish to be ignored in the name of “relevance.” It’s an important Christian affirmation, as Lewis understood. We shall see. (I certainly think a live-action stage spectacular based on the Narnia books would be a sight worth seeing!)

What do you think? Are you enjoying the Narnia movies and hoping for more? Does Goold’s proposed version pique your interest? Do you find the Pevensies “irritating?” Let us know!