Alright everyone, here it is! First off, let’s meet the fighters:

Below you will find the bracket for the SFC’s First Annual Battle Royale! The matches were chosen randomly. Once you look over the matches, think about who should win each battle. New posts will be up later today with images for each battle and a poll where you can then vote for your pick.  You can also vote by leaving a comment below the regular post or on the SFC Facebook page. You will have Two Weeks to vote for the first round winners. Let the battles begin! 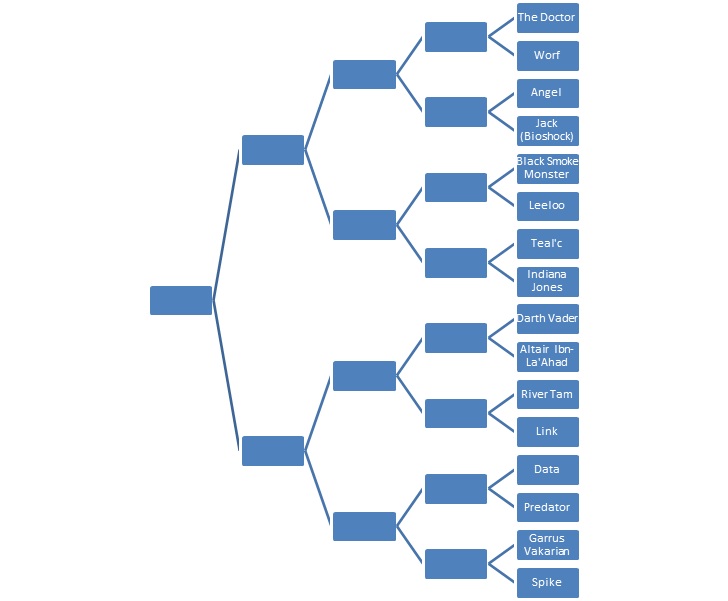