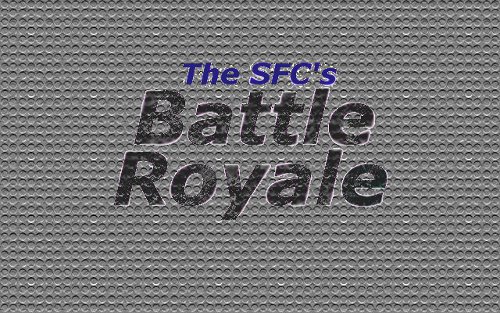 Coming soon: The SFC’s Battle Royale. You will bear witness to a ‘What If’ sort of event in which heroes and villains from some of your favorite movies, television shows, and video games will be pitted against one another in battle.

The SFC team is currently at work on choosing the characters for this fantastic event. Once chosen, we will place the fighters into a bracket and the games will begin. You, our loyal fans, will be able to vote for the winner of each match throughout each round. Once the votes are tallied, one of our SFC contributors will write a short story to be featured on the website, depicting the battle’s outcome. This process will continue until a victor has been crowned champion over all.

3 comments on “The SFC’s Battle Royale”