My wife and I just caught up on the first four episodes of the current season of The Walking Dead. If you have not seen any of this season yet, or if you haven’t watched the show at all, I urge you to check it out.

After watching this past Sunday’s emotionally charged episode, I wanted to see what others were saying about it. I read the following comment in an article about Sunday’s episode of The Walking Dead on Slate.com:

“Joel Rickenbach of Mania wrote that The Walking Dead can finally claim a place next to critically-acclaimed AMC series such as Breaking Bad and Mad Men:

Everyone knows if you want to get fed, go to The Walking Dead, but if you want deep characters and challenging narratives, go check out one of those other trophy-laden shows (Which, by the way, are both phenomenal). Well, tonight The Walking Dead raised its muddy, gore-flecked boot, and kicked down the metaphorical door. What happened tonight is as deep, harrowing and emotional as anything you have ever seen on television, and then some.”

While I agree that the episode was clearly a character driven one, and that I probably have never cried so much in my entire life (okay, slight exaggeration), I believe that The Walking Dead deserves more credit. I think that it could have “claimed a place” much earlier. I’m not sure if the reason it doesn’t receive much notoriety is because it is horror and not based in reality—and we know that anything genre-specific never gains the support deserved, i.e. Battlestar Galactica, Firefly or Lost—but The Walking Dead has consistently pulled in the highest ratings for AMC every year (Ratings), with this current season averaging over 10 million an episode. While I don’t necessarily believe that ratings should determine a show’s success, it must be doing something right.

Many argued that the second season of The Walking Dead was too slow and there was not enough action; but perhaps, those who were disappointed with the first half of season two should consider this: the first season was only six episodes; not enough time to build strong character development. In order to ensure growth for the characters, there couldn’t be zombie killings every other scene—the writers needed to slow things down a bit, to help us get to know the characters. Just because the pace decreased, does not mean it wasn’t good; in fact, everything that happened in season two clearly occurred in order to bring the characters to where they are now: some at their breaking points. 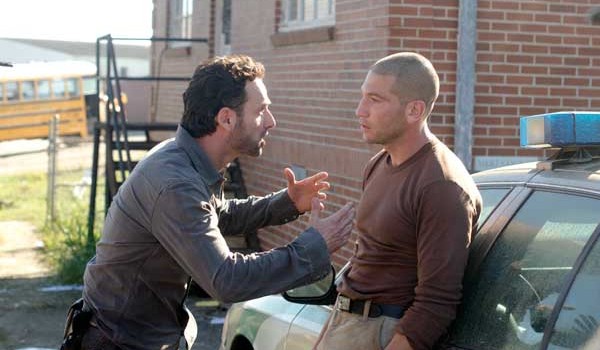 As a fan of The Walking Dead comic book series since it was first created by Robert Kirkman—who happens to be one of the writers/producers of the show—I have to say that I am thrilled by the remarkable writing for the television series. The writers have remained consistent in developing the characters as in the comics, while creating new and fresh stories. Particularly, they have done a fantastic job with the progression of Andrew Lincoln’s character, Rick. What originally drew me into the comic, was the fact that, unlike watching a zombie movie in which a group of survivors try to remain alive for two hours, the story of The Walking Dead is ongoing. Not only are the survivors attempting to avoid zombies, but they are also learning to live in a world where morality has become grayer than ever. The Walking Dead is Rick’s story, and both in the comic and the show, he allows the reader or viewer to witness his downward spiral as he struggles to maintain some semblance of humanity, while simultaneously doing whatever is necessary to protect those around him—even if that means killing other human beings. Andrew Lincoln has taken the scripts given to him and acted out the character of Rick in great subtlety and progression. As a viewer, I feel like I am right there with him, feeling his desperation and internal turmoil. While not all of the actors on the show deserve awards, the show as a whole is quickly becoming a player in terms of writing and acting.

This season, thus far, has done a fantastic job at finding a great balance of fast-paced action/horror and character growth. The contrast of the main cast fighting off hordes of zombies and trying to survive in the outside world against the secondary backdrop in which others are living “safely” in a protected community is remarkable. 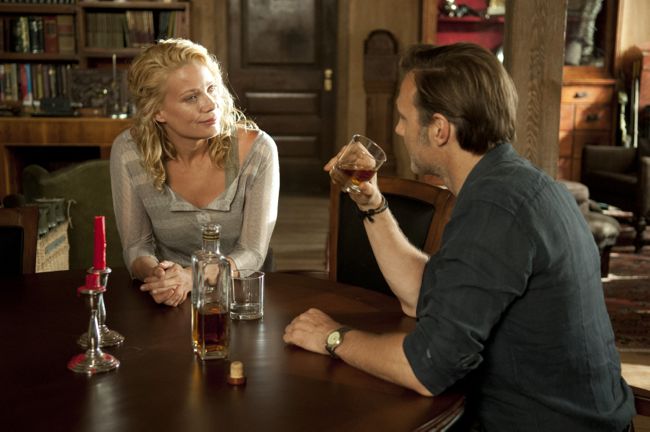 From the acting in the first scene of the season three premiere in which not a word is spoken between any of the characters, but the pain and anxiety is clear; to Andrew Lincoln’s performance throughout the series and in the most recent episode as he is fully broken due to the episode’s devastating events; from Chandler Riggs’ (Carl’s) progression from a child who makes stupid decisions that affect the entire group negatively, to someone who is forced to grow up way too fast; to the rest of the cast’s engaging performances; these are the reasons why this show should be held in a higher esteem. If the show were simply a group of people killing zombies, it would have failed at the start. The Walking Dead is much more than that. 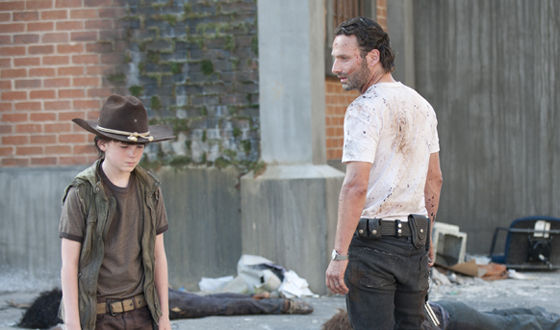 AMC develops well-scripted programming with award-winning performances. There should be no doubt that The Walking Dead is among those shows. It garners higher ratings than both Mad Men and Breaking Bad—zombies are not the only reason for this. Give The Walking Dead credit where credit is due.