In the last few days a lot of news has broke about the future of ABC’s potential future lineup. 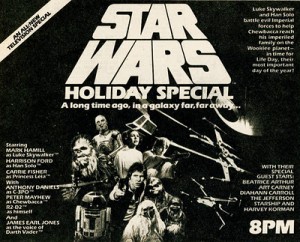 It appears that the Star Wars live action TV show and those 50 scripts are back in play!  In a recent interview with ABC Entertainment President Paul Lee, Entertainment Weekly was told not only told about the potential future of the live action show on ABC, but dropped hints to the future of Star Wars animated offerings.  Lee stated on the animated series,

Speculation was that the live action series was originally shelved due to the high cost of the production.  But with Disney being able to keep much of the costs in house, now could be the time to revisit this stalled project.  But it will not be left entirely to ABC execs to determine the future of the show as Lee continued,

It’s going to be very much up to the Lucasfilm brands how they want to play it,” he said. “We got to a point here with Marvel, a very special point, where we’re in the Marvel universe, and very relevantly so, but we’re not doing The Avengers. But S.H.I.E.L.D. is part of The Avengers. So maybe something oblique is the way to [approach the Star Wars universe] rather than going straight head-on at it.

So LucasFilm and Kathleen Kennedy will largely be left in the drivers seat in determining how and if the live action show see the light of day.

The author’s article also provides a summary of what the Star Wars live action show could look like,

Sources say the live-action series centers on the story of rival families struggling over the control of the seedy underside of the Star Wars universe and the people who live within the subterranean level and air shafts of the metropolis planet Coruscant (the Empire’s urban-sprawl-covered home planet). A bounty hunter may be the main character. Set between the original Star Wars film trilogy and the prequels, the time period allows for all sorts of potential appearances from classic figures from the Star Wars universe.

That to me sounds a lot like the Sopranos in Space that we have heard about in the past, and leaves the door open for Boba Fett!  But the article also gives me pause as I wonder if ABC would put a Star Wars show on a major network that is not family friendly.  Comparisons the past have been to HBO programs like The Sopranos and Game of Thrones, so I wonder if those scripts are ABC ready!

The article hints at the future of Star Wars animation also,

Already one Star Wars-related project is in the works for kids network Disney XD. Cartoon Network’s popular and innovative animated title The Clone Wars will likely shift to XD after its current deal expires.

These rumors make plenty of sense.  Disney XD is the Disney network that caters to boy interests and Star Wars is a prefect addition.  The project in the works could easily by Star Wars: Young Jedi which in effect has already been tested in this season of Star Wars: The Clone Wars.  And though I found these episodes about padawans a little bland, the children I know loved them. 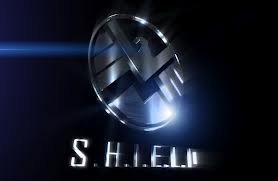 As Lee noted, ABC is also very deep into the development of S.H.I.E.L.D in consultation with Joss Whedon.  Presenting winter previews to the Television Critics Association, Lee shared on his hopes for Marvel on ABC and increasing the networks ratings,

Lee said the network hadn’t seen the finished pilot nor made a decision about its future as a series, he noted that it was fast-tracked, partially because of The Avengers’ box-office dominance and the new show’s perceived ability to attract a broad, family audience.

“Marvel has the ability to bring a whole family around it,” Lee said. “Joss has a lot of great relationships in it. There are a lot of really funny male-female relationships. … We’re very hopeful about it going to series and building our marketing plan early. We do see that as a show that we can bring men and women and kids to.”

So, it appears ABC is pushing for a S.H.I.E.L.D. with mass appeal that can reach past the Marvel fanboy.  I wonder if it could look something like the Marvel Short “Item 47” which centered around a Bonnie and Clyde like team-up.  I expect we will see both strong male and female agents and villains as core characters.  I can say Lee is right in the ability for Marvel to transcend gender as my non-geeky female relatives have all generally enjoyed and rewatched The Avengers.

Are you excited about the future of ABC?  Are you getting your DVR ready now?