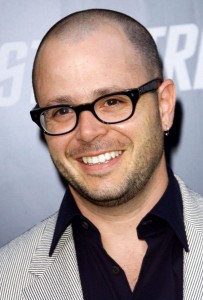 Damon Lindelof (Lost, Star Trek, Prometheus) is reportedly returning to television. Lindelof will team with HBO and author, Tom Perrotta to bring Perotta’s novel, The Leftovers to the small screen. According to Vulture.com, The Leftovers “takes place three years after a Rapture-like global event causes millions of people to simply disappear from the face of the Earth. Where did they go? Why were so many left behind?”

Lindelof explained to Vulture.com his interest in adapting the novel to television:

You can’t be an atheist anymore. It takes us back in time to a place in human history where everyone’s lives were dictated by the gods of Olympus or the gods of the heavens. [The book] tries to explain the purpose of it all, and that lined up with the meta level of Lost.

We all look at ourselves in the mirror and think, ‘Am I good?’The fact that there’s this reaping which occurred, and you don’t make the cut, some of us don’t feel worthy, seemed very ripe territory for a cool character drama.

It sounds like the show has the potential to delve into some heavy moral/religious issues. What are your thoughts? How do you think a show like this will portray God, especially on a cable network like HBO?

One comment on “A “Rapture” Brings Damon Lindelof Back To Television”