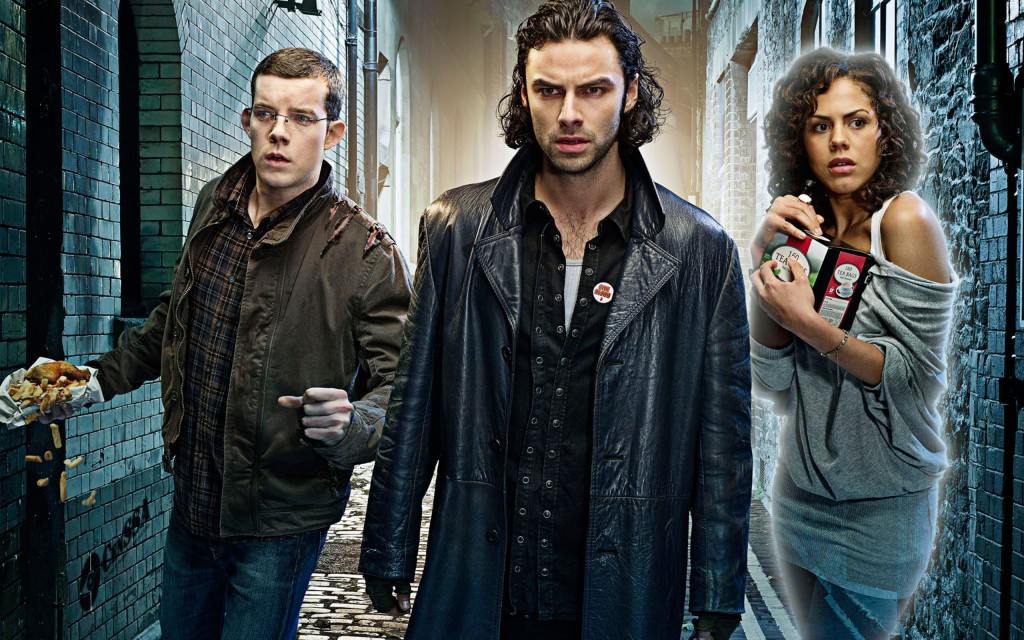 That’s right folks: Being Human, a show about a vampire, werewolf, and ghost who are doing their best to live “normal” lives while sharing an apartment together, is coming to a close at the end of the current 5th season. The show was a huge success for BBC 3’s lineup when it first aired in 2008. BBC 3’s intent has always been to air quality programming while allowing new talent (actors, writers, directors) a chance to shine, and Being Human was no exception. While the concept may sound sort of amusing (and yes, the show has offered a bit of humor), the themes and emotions of the show have been very serious and quite dark at times.

Here is an official statement from Toby Whithouse, creator of Being Human:

Being Human really shouldn’t have happened. A preposterous idea, an epic and circuitous development process, a modest budget – no, we really shouldn’t have lasted. But Being Human was the little show that could, and that ridiculous idea managed to last 37 episodes, spawn an American version, 3 novels, an on-line spin-off and garner a shelf of awards.

But Being Human was always a collective effort, and none of that would have happened if it weren’t for five separate groups of people.

First, the various producers and execs and script editors. Rob Pursey, Matt Bouch, Phil Trethowan, Polly Buckle and Laura Cotton. Every idea I had was enhanced, improved, enlarged and enabled by their brilliance and creativity.

Then there are the numerous writers and directors who have had to endure my capriciousness, vagueness, indecisiveness and propensity to steal their best ideas and pass them off as my own.

It’s also given me the chance to work with – and write for – some of the finest actors working today. Russell Tovey, Lenora Crichlow, Aiden Turner, Sinead Keenan, Jason Watkins, Michael Socha, Kate Bracken and Damien Molony. Looking at that list again now, I’m staggered by its ferocious talent and brilliance.

And I have to thank the BBC. Not because I’m obliged to, but because I literally have to. They gave us the opportunity to make Being Human and to make it in the way we wanted. Julie Gardner, Ben Stephenson, Danny Cohen, Beth Willis, Brian Minchin, Eleanor Moran, George Ormond and Zai Bennett were unwavering in their support, guidance, trust, love, enthusiasm, and gave us – and me specifically – an unprecedented level of creative latitude. For that I will always be grateful.

And finally – and most importantly – the fans.

I know many of them will be disappointed that the show isn’t returning, but all good things come to an end.

We must remember too that the remit of BBC Three is to encourage and support new talent, to give them opportunities to make television, to test out new ideas and formats. In that sense Being Human is perhaps a victim of its own success. We can’t really call ourselves a new show anymore, and much as I’d like to think of myself as a young thrusting new talent and not a bitter old war horse, the reality is we have a duty to move aside and make space for the next Being Human.

But much like the cast change from seasons 3 to 4, we viewed the news as an opportunity. It meant I could actually write a climax for the show, instead of it just popping out to the shops at the end of season 5 and never coming back. You’ve no idea how rare that is in television, and what a great opportunity it is to write something suitably definitive and satisfactory.

Consequently we’ve created what I hope you’ll agree is an epic, thrilling and shocking finale that’ll keep the fans guessing and speculating for years to come.

Then Being Human will belong to them. Once the credits on episode 6 roll, the future of all those characters will exist in the imagination of the audience, to do with as they please. But in a way the show always did belong to the fans. Their tenacity, passion and loyalty are what kept the show going and provided inspiration to everyone working on it.

I’m reminded of the scene in series 3, episode 8, with Mitchell and Herrick sitting in the car looking at the sunset. Herrick asks if Mitchell finds it amazing that soon this world will be theirs. And Mitchell says “It always was.”

This will come as disappointing news for many fans of the show, but the fact that there will indeed be some closure, is surely to be reassuring. For those of you who have not seen this show, do yourselves a favor and give it a chance. Without spoiling anything that has happened in the past five seasons, here is a trailer for the first season: