When I heard that Disney plans to film a live-action Winnie the Pooh, I thought I missed an April Fools’ Day joke. But no! In its apparent quest to remake its entire catalog of animated movies as live-action spectacles, the House of Mouse will be giving Pooh, Piglet, Tigger and all the other residents of the Hundred Acre Wood some semblance of “realism” on the big screen. CGI and motion capture? Stop-motion animation with stuffed toys? As Owl might ask, “Whoooo knows?”

Cinderella has been a major success for the company already. In addition to winning critical acclaim, it has already brought in more than triple its production costs at the box office. In the wake of this success, Disney announced plans to start development of a live action version of Mulan… Disney is [also] working on live adaptations of Alice in Wonderland: Through the Looking Glass (2016), Jungle Book (2016), Beauty and the Beast (2017), Dumbo, and now Mulan (both still TBD).

Transforming these “tried and true ideas” treasures from the Disney Vault into flesh-and-blood versions will certainly make the company a lot of money. But will the new movies have the same staying power as the originals? My seven-year-old daughter (she, the Star Wars Rebels fan) recently went to see the live-action Cinderella, and loved it. She clomped around our hardwood floors in her plastic “glass slippers” for a few days and even once declared Cinderella her new favorite Disney Princess (note to Cindy: sorry, but your reign in her heart won’t last long—Elsa and Anna have too firm a grip on it, and have no plans to let it go). And my wife, whose judgment I respect and trust, assures me the new Cinderella is a fine film, indeed, faithfully following the fairy tale’s classic contours while feeling fresh for early 21st-century North American audiences. But will my daughter, decades from now, be waxing nostalgic for it?

A Proposal for Disney: Live-Action to Animated!

I’m not a Disney fanatic, but I’m also no Disney hater (their abysmal manhandling of John Carter notwithstanding). I don’t doubt they have plenty of original stories left to spin; I’m excited for next month’s debut of Tomorrowland. The studio’s current, dogged determination to milk its pre-existing properties for all their worth, however, made me wonder: Might this animated-to-live action trend also work in reverse? Could Disney revisit some of its live-action classics from the past as entertaining, eye-popping, extravagant animated spectacles for the present?

Here are five of my nominations, in no particular order. (Disney execs, you can have this list gratis. You’re welcome. A lifetime pass to Walt Disney World is all I ask in return.)

20,000 Leagues Under the Sea (1954) – I think Disney tried to capture some of the spirit of this deep sea-diving adventure in the animated Atlantis: The Lost Empire (2001), but not even the voice talents of Michael J. Fox and the late Leonard Nimoy could make that kingdom rise fully from the depths. 20,000 Leagues, on the other hand, is a proven crowd-pleaser. It’s replete with elements that would translate well to animation. Imagine how much of the Nautilus’ baroque interior we could finally see, for example, or think about how exciting modern animation techniques could render the attack of the giant squid! 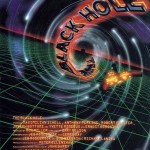 The Black Hole (1979) – Speaking of sweeping tales of exploring the unknown… Rumors of a Black Hole remake continue to swirl, but more recent reports indicate the result will be along the “grim ‘n’ gritty” lines so popular in modern sci-fi cinema, with an “incredibly surreal and non-Disney like ending” to boot. No thanks! I loved The Black Hole for its high sense of adventure and its really cool robots: the hulking Maximillian, snarky V.I.N.C.E.N.T., and that gentle cybernetic soul, Old B.O.B. (think Wall-E by way of Wilford Brimley). It is not a perfect film, but it could be nearly so in animated form. Disney’s talented animators could not only deliver grander visuals but also invest the story’s human characters with more personality than the movie’s cast did (sorry, Ernest Borgnine).

Davy Crockett, King of the Wild Frontier (1955) – Everybody, sing along! “Born on a mountain top in Tennessee…” Who wouldn’t want to watch a cartoon Crockett kill him a ba’ar when he is only three, or lay down his life defending the Alamo? The iconic music wouldn’t be the only thing going for this animated remake, of course. Plop a cartoon coonskin cap on a Fess Parker-inspired character, voiced by someone who can both speak wise and crack wise as the story demands, and you’ve introduced a new generation to an American historical figure who was a legend even in his own lifetime. 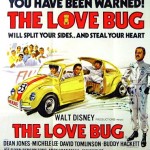 The Love Bug (1968) – How did Disney invest a VW Beetle with so much personality? Well, by using, according to some counts, more than 50 different automobiles in his original four films. However the movie magicians did it, think what could be done by fully animating the 1963 Sunroof Sedan! I wouldn’t give him facial features or a voice, a la Disney/Pixar’s Cars franchise; but I would give him fluid movement and crazy speed that could never look convincing in live-action—all in the service of bringing his drivers and crew together in romance, just as they were meant to be. Plus: cartoon Buddy Hackett! 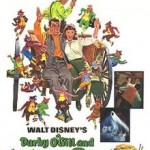 Darby O’Gill and the Little People (1959) – I give the Disney team all credit for showing us King Brian and his leprechauns interacting in fairly convincing ways alongside Darby. Think, however, what wonderful scenes we might see in animation, freed from the constraints of rear projection and forced perspective techniques. Imagine what further details of the leprechauns’ magic, glistening golden kingdom we might glimpse; or how creepy and cool the cóiste-bodhar at the film’s climax could look. Schedule a release date near Saint Paddy’s Day, and it would be a sure-fire hit.

No doubt, most people think cartoons when they think Disney. But the studio’s live-action achievements are just as impressive. I really wouldn’t want to take anything away from what the studio’s innovative dreamers and doers brought to the screen in decades past.

Still.. if you were dreaming a slate of Disney live-action films to reinvent as instant animated classics, which ones would you choose?