The Martian, based on Andy Weir’s originally self-published, bestselling debut novel, looks like it will be a gripping and suspenseful film, but also a lot of fun. Have you seen the trailer yet?

I like Matt Damon’s character, astronaut Mark Watney, right away. When he awakens on Mars’ surface to find himself presumed dead and abandoned by the rest of his team, he doesn’t waste any time figuring out how he’s going to survive until a rescue mission can reach him. That’s really impressive. Some days I don’t have the cool-headedness and patience to find my car keys, let alone survive in an extremely alien, inhospitable environment! I already think this film will offer viewers, especially young people, some great insights into the power of rational thought and problem solving.

I also like what sounds like the movie’s thesis statement: “Every human being has a basic instinct: to help each other out.” I believe that’s true, but I also believe, as sinful and fallen creatures, we let ourselves squelch that instinct too much of the time. Sometimes we’re the Good Samaritan; other times—too many times—we’re the priest or Levite who pass by on the other side. The Martian may or may not invoke any explicitly religious sentiment, but I expect Mark will be saved (I could be wrong—I haven’t read the novel—but how much of a downer would the movie be if the big rescue mission fails?), and that the film will be a powerful parable about what we can achieve, not only when we work together but also when we love our neighbors as ourselves.

Even if our neighbor happens to be 140 million miles away. 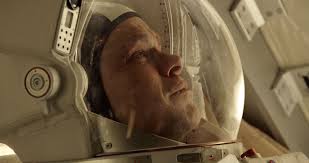 Are you looking forward to The Martian? Tell me why (or why not) in the comments!