It’s an old trivia question, but it sometimes still manages to trip people up:

“Who played Frankenstein in the famous 1931 Universal movie?”

The answer is Colin Clive.

(Nerdy little kids love questions like this, and get a real kick out of “stumping” adults with them by demanding a quick answer. Or so I’m told. I wouldn’t know from my own childhood or anything…)

I don’t know whether the creature will get a name in 20th Century Fox’s upcoming movie Victor Frankenstein. But the film’s UK trailer leaves no doubt that this telling of Mary Shelley’s tale—due November 25 and, to the delight of genre geeks everywhere, starring Daniel Radcliffe (Harry Potter) and James McAvoy (young Professor X in the two most recent X-Men films)—is named for a monster.

McAvoy’s Frankenstein appears to be the archetypal Mad Scientist. He throws all caution and reason to the wind as he becomes intoxicated with his own ability. He’s hell-bent (figuratively or literally, take your pick) on transgressing the limits God has placed on humanity; he’s obsessed with the proverbial “things man was not meant to know.” I’m sure McAvoy will play the role well, but I wish the role felt more original.

I wonder if that’s why the film’s just-released, longer, American trailer strikes a different tone:

Where the UK trailer emphasizes Victor’s descent from serving life to dealing death, the US trailer minimizes it. This trailer focuses more on the film’s action elements, as well as its attempts at humor (the shout-out to the “Fronkensteen” gag from Mel Brooks’ Young Frankenstein feels awfully clumsy—not too late to cut it, gang). Victor Frankenstein will be a visual spectacle, but neither trailer makes me believe it will add much that’s new to the Frankenstein mythos.

And that’s a shame. I think, as a society, we could stand a good story or two—or more—about “a scientific enterprise that will change the world” for the better. As we’re struggling to address such challenges as climate change, overpopulation, and diminishing natural resources, we’re going to need all the help from science and tech we can get. Another “Mad Scientist” take on Frankenstein might remind us that all progress carries within itself potential problems, but I think our culture at this moment needs more positive pictures of the scientific enterprise, not fewer.

Which is one reason Fox TV’s upcoming series The Frankenstein Code intrigues me.

As Deadline reported earlier this summer, the series “centers on Jimmy Pritchard (Rob Kazinsky), a morally corrupt retired cop given a second chance at life when he is brought back from the dead. Now younger and stronger, Pritchard will have to choose between his old temptations and his new sense of purpose.”

While The Frankenstein Code draws inspiration from the classic novel (even naming Dilshad Vadsaria’s character Mary Goodwin, a nod to Mary Shelley’s maiden name “Godwin”), it appears to take its premise in a different and potentially positive direction. “This is the best version of you,” Mary tells the resurrected sheriff, explaining that he’s been given a second chance at life. “Don’t you want it?”

In Shelley’s novel, Victor’s creature never found a purpose beyond killing the “father” who, unasked, gave him life and then abandoned him. (Sorry—spoiler for a nearly two-century old book.) But in The Frankenstein Code, “the creature” will face the same question we all do, our whole lives long: Given that I’m here, what will I do? (I wonder whether Pritchard will rebel—and to what extent—against the Goodwins’ intention to use him to cure Mary’s cancer.)

From the big to the small screen, Frankenstein shows no signs of loosening its grip on popular imagination. As long as we wrestle with our ability to make ourselves and our world better or worse, and whether we are faithfully answering God’s call to exercise responsible dominion over creation, I suspect some version of Victor’s monster will always be around.

It turns out, then, the creature’s not really unnamed, after all. Its name is your name and mine. 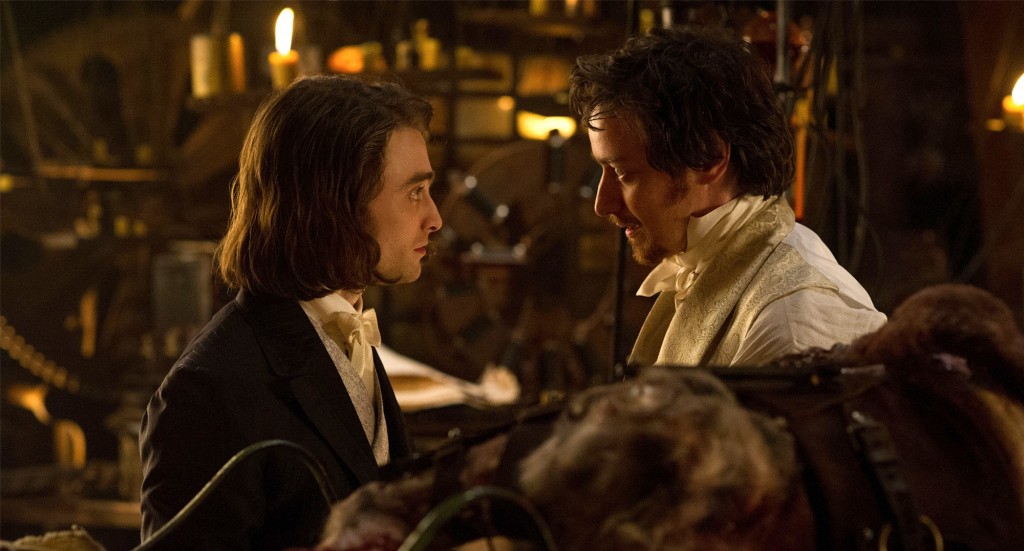 Are you looking forward to Victor Frankenstein, and/or The Frankenstein Code? Let us know why in the comments below!

Related: “Doing Theology With The Bride Of Frankenstein“