The “Mars One” mission is an ambitious (and already controversial) initiative to establish a permanent human settlement on Mars within the next decade. Citizen Mars, a digital series from Engadget and AOL that debuts September 1, documents the people who are competing to be among the first colonists.

Several moments from this trailer grabbed my attention (not surprisingly, I suppose; that is what trailers are designed to do…)

“I knew that this was it,” says one candidate, an athletic young woman. Another, a young man, says, “I was just waiting for a moment to change my life.” He believes, as does she, that a unique, not-to-be-repeated moment has arrived. If they don’t seize it, they may regret it forever.

A a pair of candidates, who appear to be Australian grandparents, talk about how they want to go on this “one-way trip” even though they’d never be able to hold and hug their young granddaughter again. Similarly, a young Indian woman acknowledges saying good-bye to her mother would be “very tough,” but her mother, who feels the same way, points out “the cause is very good for the whole world.”

“The moment we get off the planet and survive as a species,” says another candidate, is “another giant leap for us.” She’s excited about the possibility of being part of what she thinks will be nothing less than a transforming milestone in human history. 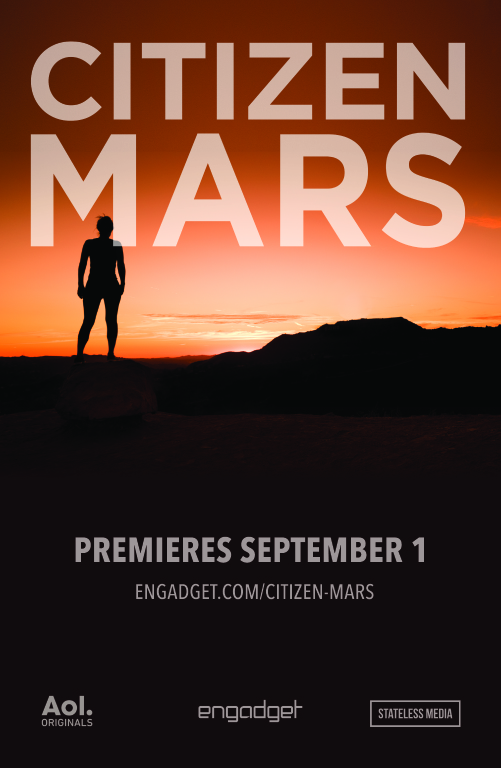 The late Neil Armstrong was one of my childhood heroes, but I’ve never had any illusions that I’ve got what it takes to be an astronaut–not even one who expects to come back to Earth, let alone one willing to set off for the Red Planet, never to return. As a sci-fi fan, I find the dream appealing–but I’m not kidding myself that I could do it myself. When it comes right down to it, I probably wouldn’t even want to. I love my family too much. I have a comfortable life. Earth, with all its problems, is at least known territory.

But as a sci-fi Christian, I stop and think: Isn’t this kind of all-in, one-way, forge forward and don’t look back transforming moment what following Jesus is supposed to be? Sometimes, at least? Perhaps even most of the time? Jesus’ earliest disciples “immediately they left their nets and followed him” (Mark 1.18). And Jesus told some would-be disciples, “No one who puts a hand to the plow and looks back is fit for the kingdom of God” (Luke 9.62, NRSV).

Sometimes I wonder, and worry: Have I failed to launch as a Christian? If asked what I’ve sacrificed to follow Jesus, or what “very good cause for the whole world” have I accomplished as his disciple, I think I’d be at a loss for an answer. Small sacrifices here and there, perhaps; some minor good deeds done in Christ’s name… But is discipleship meant to be bigger?

And if it doesn’t feel big for me, how can I ever hope to persuade anyone else that, when Jesus calls, the response he’s looking for is, “I knew this was it… the moment that would change my life?”

Would you go to Mars if you could?

What have you left behind, without looking back, to follow Jesus?

(Scripture quotations are from the New Revised Standard Version)