In 1978, as Star Wars reached its first birthday, I was in first grade. One of my few clear memories from that school year is sitting at a lunch table, happily reading the paperback novelization of the movie.

I had seen Star Wars twice. I’m enough of a nerd to take pride, even now, in the fact that I’d managed to commit a fair amount of it to memory, without benefit of TV broadcasts, video cassettes or DVDs. I could deliver a scene-by-scene—sometimes line-by-line—recap to any grown-up who asked, “So what’s Star Wars about?” (Another portrait of your blogger as a young fan: My mother cutting me off after I narrated the film’s first reel in excruciating detail to some kind stranger at an outdoor symphony concert.)

I already knew the Star Wars story when I read the prose version of this installment “From the Adventures of Luke Skywalker” (that subtitle on the front cover really grabbed me; it meant there must be more!). I wasn’t reading for new information, though of course the book contained some. I wasn’t reading for a fuller sense of the characters, though that was in there, too. I just wanted the action. I wanted to relive the story. Just tell me again what happened. Tell me the story I already know and love—please! Make me fall in love with it all over again.

It’s Been a Magical Month

Like many folks, I’ve been reconnecting with my primal love for Star Wars in this month since The Force Awakens premiered.

I’ve seen the new film twice, just as I did the original, and both times, I’ve left the auditorium feeling like the giddy, six-year-old nascent nerd I was in first grade.

I’ve had the CD of John Williams’ magnificent score endlessly spinning in my hard drive and car stereo. (Dare you doubt its brilliance, listen to the most recent episodes of the Star Wars Oxygen podcast.) 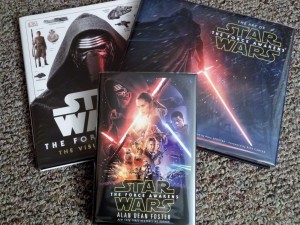 I’ve been poring over both the Visual Dictionary and the gorgeous book of the film’s concept art—not so different, really, from how I used to stretch out on my bedroom floor to study Topps trading cards.

I’m not wearing Star Wars pajamas this time around… but my eight-year-old daughter is, and sharing Star Wars excitement with her has added a whole new level of fun to my fandom. (Train up a child, you know!)

And, of course, I bought and read the novelization.

Like the first one, this one’s penned by veteran sf author Alan Dean Foster. Unlike last time, he now gets to write under his own name; George Lucas’ is nowhere to be seen, not even in the super-condensed movie credits on the dust jacket’s back. The fact that The Force Awakens novelization even has a dust jacket is another big difference, let alone its 16 pages of color photos (naturally I bought the Barnes & Noble exclusive edition). It’s a good-looking book that feels good in the hand.

But does it hit with the same force that 1978 paperback did? Does it tell the story I already know and love—and, yes, despite some complaints, I can say I love this movie—in a way that makes me fall in love with it all over again?

There are things I like about The Force Awakens novelization.

As things to like go, though, these seem awfully specific and small. Foster tells the story of The Force Awakens, and does so faithfully—but not in a way that made me fall in love with it again. I didn’t like the story any less when I was done, but I didn’t close the book with any more appreciation of it, either.

I regret the necessity. They are gratuitous in my presence. But those others who have made your acquaintance possess only the most primitive abilities, and further defiance on your part would demand their unnecessary exertions (page 39).

I don’t remember exactly what Ren says when Poe complains about “the accommodations,” but I’m pretty confident it’s not that. (I think a clue about the nature of the First Order may be buried in there somewhere, one we don’t get onscreen, but it takes some excavation to realize it.)

Should Foster have written in one-syllable words, or played Hemingway by using a short, staccato style? No. But his style isn’t sufficiently varied. And too often his language calls attention to itself, rather than the story he’s telling.

Occasionally, the story grinds to a halt altogether. For example, we see how Poe escaped the TIE fighter crash and made his way off Jakku, but the scenes slow and not all that interesting. Maybe that’s why the filmmakers cut them. I don’t fault Foster for leaving them in, but I wish he’d written them more engagingly.

Foster could learn some things from the young adult retellings of the original trilogy published last fall. I haven’t yet read Alexandra Bracken’s version of Episode IV, The Princess, The Scoundrel, and The Farm Boy; but my daughter and I have read Adam Gidwitz’ So You Want to Be a Jedi (based on Episode V) and Tom Angleberger’s Beware the Power of the Dark Side! (Episode VI). I was skeptical about this project when Disney-Lucasfilm Press announced it, but these books are exactly what the publisher promised: reinterpretations, not rehashings, of the source material. They make these old stories feel fresh. They make you fall in love with them all over again. 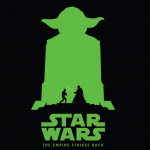 Gidwitz relates The Empire Strikes Back in the second person. “You” are Luke Skywalker, and you take his hero’s journey. Remarkably, Gidwitz makes you feel like you have no idea what’s coming. It’s a page-turner adapted from a 30-year-old film. Gidwitz enhances his story with some delightful—occasionally very funny, and surprisingly thoughtful—“Jedi exercises” for young readers (or old) to try. Balance a book on your head while standing on one foot and spelling your full name backward, for instance. It sounds silly, but it’s really practice in concentration, in staying calm under pressure—a skill we all need no less than young Luke. 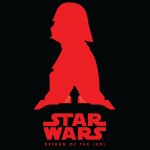 Angleberger’s take on Return of the Jedi is more conventional. He tells the story in the third person, albeit in the present tense. His book is strongest when it takes us behind the scenes and to the movie’s margins, unexpectedly yielding new insights into the dynamics that drive the story. Consider Chapter 24, “In Which a Switch is Flipped.” It focuses on a nameless Imperial officer who flips the switch that lowers the energy shield so Imperial supply shuttles can reach Endor:

Ah, you’re thinking that the flipping of a switch is a tiny, dull action that cannot matter in a galactic war. Oh, no, the flipping of switches, the tightening of a bolt, even the filing of paperwork can be just as important as the firing of a gun. It is, in fact, these little things that allow the Emperor to rule a whole galaxy without ever stirring from his chair… [I]t is in this way that the Emperor’s evil schemes become a dark reality (pages 133, 137).

Or think about Angleberger’s revelation that all Moff Jerjerrod ever really wanted to do was make his living as an architect, but proved so good at his job the Empire took note and forced him to turn his talents to designing and constructing the ultimate orbital WMD. Beware the Power of the Dark Side! warns readers, young and old, about what Hannah Arendt called “the banality of evil.” It nudges us to think about what evil Empires and Emperors we may be serving, simply by following our not unreasonable desire to mind our own business, do our jobs, and live our lives.

Do We Love to Tell the Story?

In the end, it’s not fair to judge a hypothetical novelization of The Force Awakens. I can only judge the one we have. I judge it good, on the whole. There’s nothing really bad about it. I’m glad I own it. And I’m reading it with my daughter (glossing Foster’s language here and there to make it more accessible). We are enjoying hearing the story again, and that’s not nothing.

But does it make me fall in love with the story all over again? No. It makes me really eager for the home video release.

And, indirectly, it challenges me as a Christian. We Christians have a story many people, inside and outside of the church, have heard before—or think they haveWe believe it’s the most important story we could ever tell, and Jesus commanded us to tell it, again and again.

But how often do we tell it well? How often do we reinterpret and reimagine it—not changing it, but digging within it to unearth new ways of seeing ourselves within it, and helping others do the same, by the Spirit’s power?

Plenty of people, Christian and non-Christian alike, are searching for a story that makes the right difference at the right time. Sure, nostalgia from folk like me is helping propel The Force Awakens to box office success. But I think a desire for “words of eternal life” (John 6.68, NRSV) may also be drawing people, unconsciously, back to this familiar story of good versus evil, this story of transcending the world while firmly struggling for what’s right within it, this story of the power of hope and love—even self-sacrificial love, even death on a catwalk suspended over a chasm in the heart of Starkiller Base.

We know the Story we and the world hunger to hear. How are we telling again what happened?

10 comments on “How The Force Awakens Novelization Challenges Christians”