There are a few truths that we can extract from the movie, “Thor,” whether or not you were a fan of the movie.  I would even go to the extent of saying that at its most basic core, “Thor,” like an Aesop’s Fable, was a wonderful primer on the importance of humbleness.  Humbleness isn’t often promoted in media so it was a bit refreshing.

At the beginning of “Thor,” it seemed that Thor would make a horrible Christ figure, but as the movie progressed it became clear that Thor and Jesus Christ had a few things in common.  Like Jesus, Thor left a heavenly kingdom from his father, and went to earth in the likeness of a man.  He had to clothe himself with humbleness before he was any good to the human race.  After he learned his lesson, he saved mankind from the forces of evil and was able to return to where he came from.

We see the likeness between Thor and Jesus, but how are they different?

There is one major difference I would like to look at.  But first, I want to express the purpose for this article.  I whole-heartedly believe that because Jesus Christ is so good that any time He or His attributes are reflected on, He is glorified.  On the other hand, if a characteristic or attribute of mine, for example, is reflected on, it doesn’t always result in praise and glory.  In fact, if you were to examine me even feebly, you would clearly see that I would come up short and disappoint time and time again.  Jesus and His attributes are so perfect and holy that He deserves praise 100% of the time (and praised eternally because He is eternally good!).  So, the purpose of this article is to engage in a healthy reflection of the goodness of Christ and to result in praise.  With that said, let’s see one reason that Thor and Jesus are dramatically separate.

Thor and Jesus came to Earth by infinitely contrary reasons and means.  Christ condescended on his own accord while Thor was cast out.  Jesus chose to come to earth out of obedience to the Father and for the joy that was set before Him (that He would be exalted and every knee will bow before Him).

Even more, it would have been one thing for Christ to just become middle-class American.  Even that role would have been such an infinite and mind-blowing humiliation, but He did FURTHER still!  He didn’t just become a man.  He became a servant to men. 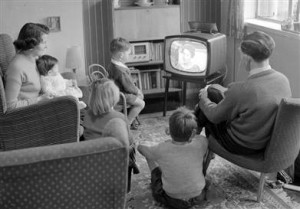 Thor was cast down because of his pride.  Christ came down because of His humbleness.  Jesus didn’t need to learn a lesson.  He is complete and unchanging… and He’s the God of a lot more than just thunder.

There is a lesson to learn from both Thor and Jesus.  Pride brings humiliation, but humbleness brings exaltation.  Let’s humble ourselves before God that He may deal with us graciously for God opposes the proud but gives grace to the humble (James 4:6).

13 comments on “Thor and the Condescending of Jesus”