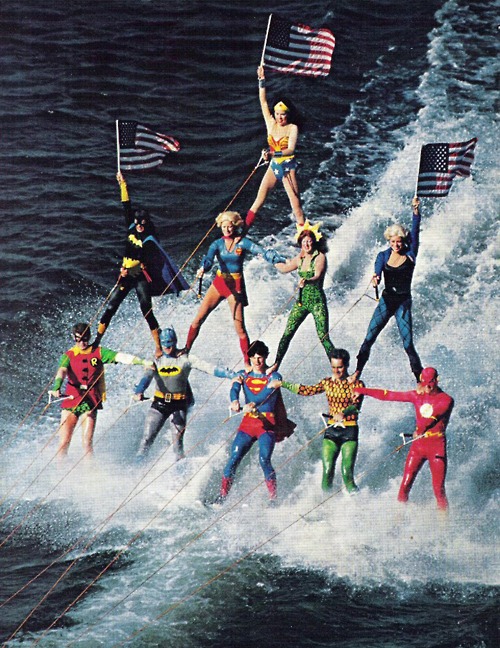 On Thursday nights the Justice League goes out for competitive water skiing. 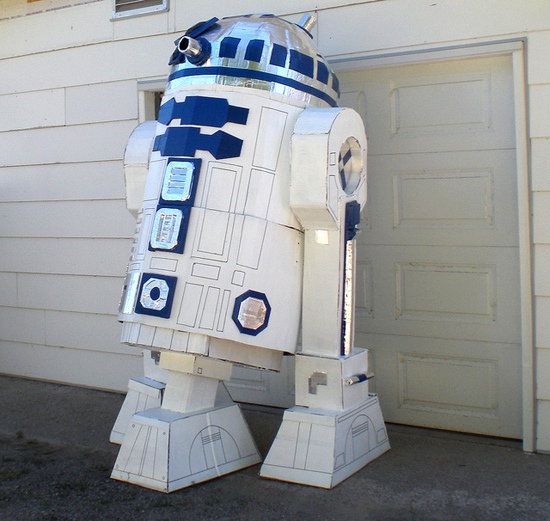 Darth Len MacGyvered this is an 8-foot tall R2-D2 out of cardboard and duct tape. 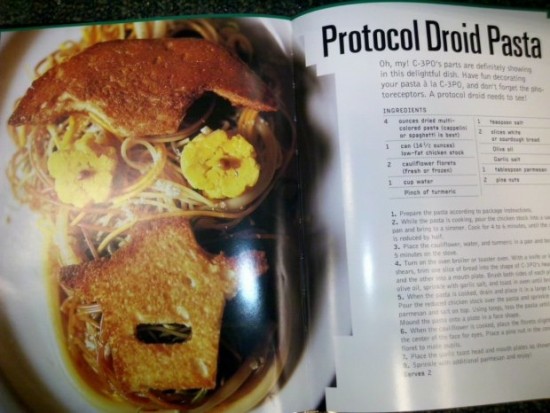 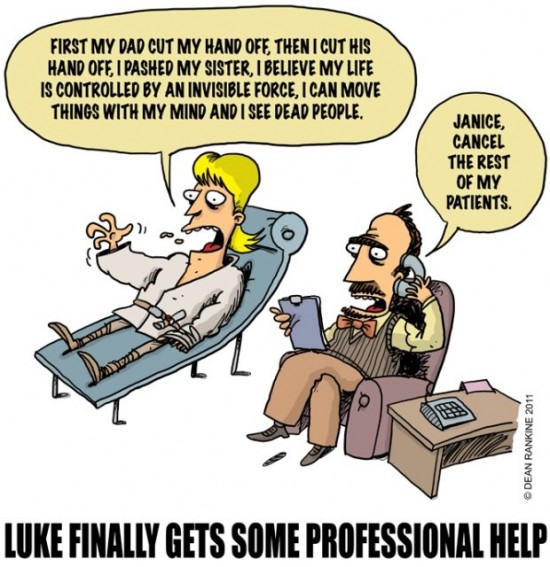 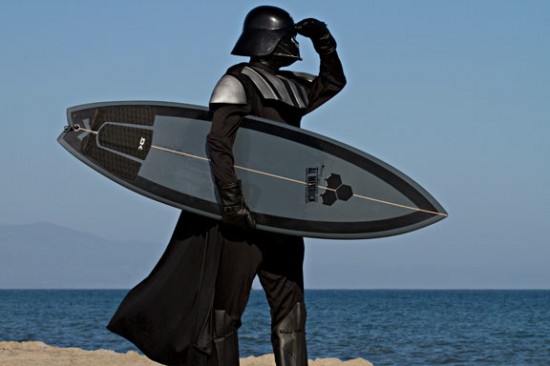 Darth Vader checks out the waves. 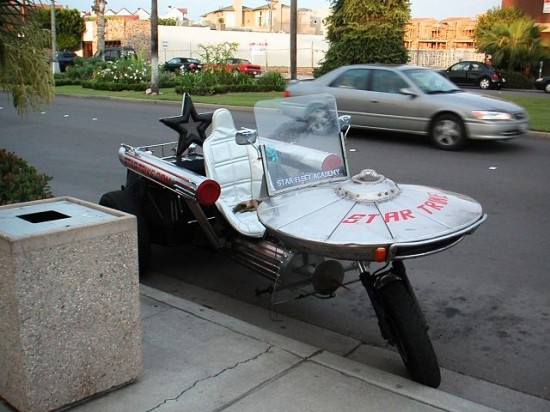 I was watching J.J. Abrams’ Star Trek the other night when I noticed something in the above frame from the film. On the left hand side above Sulu’s head out in space…is that R2? I think so. It wouldn’t surprise me. ILM did the effects on the film. An enlargement can be seen below. 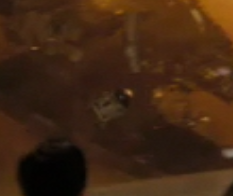 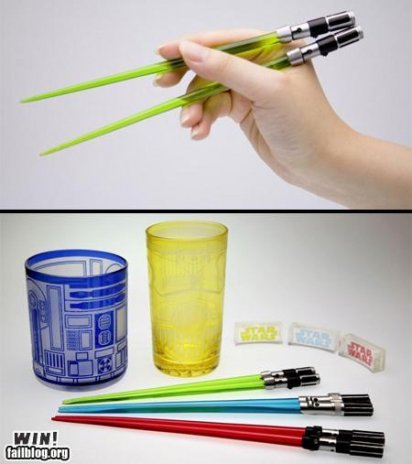 How many geeks will get Star Wars china when they register before their wedding?