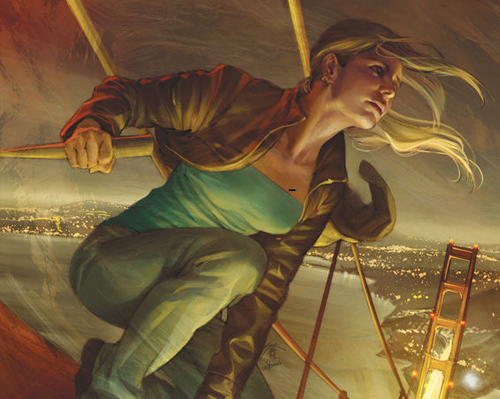 If you haven’t had a chance to read Buffy the Vampire Slayer: season 8 yet, you should definitely do so. It got a little wacky at times, but overall, the story was very solid. With that being said, Buffy: season 9 will be making its Darkhorse Comics debut on September 14th, 2011. Darkhorse will also be releasing the first issue of Angel and Faith on August 31st, 2011.

Here is what Darkhorse Comics editor, Scott Allie, had to say about the upcoming books:

“Buffy: Season 9, which launches in September, Joss will co-write that with Andrew Chambliss, a writer from Vampire Diaries. He also was on the staff of Dollhouse, and he wrote the series finale with Jed Whedon and Maurissa Tancharoen. Andrew will be co-writing Buffy with Joss and co-writing Dollhouse with Jed and Mo. Georges Jeanty will return as artist on Buffy Season 9. The new season will be twenty-five issues long, keeping it a little shorter. But you’ll have Buffy monthly for twenty-five issues, Angel monthly for twenty-five issues. And we’ll have the occasional side project. On Angel the plan is that Chris will write the entire thing. On Buffy, we’ve talked about some potential guest spots. But mostly it’s gonna be one creative team all the way through. There will be the occasional guest artist to make up for time for the regular artists. But the writers should be pretty stable. And if other writers are going to jump in, it’ll mostly be for side projects, like a mini-series here or there.

Here is what Joss Whedon had to say about season 9 when interviewed by EW’s Shelflife:

“It will be more like the television show. With the comic, we just sort of said, “Wheee!” Ultimately, “Wheee!” caught up with us in a cavalcade of mythology. It became clear, as it did with the show, that people really liked when Buffy’s adventures reflect what she’s going through in her life [and] what we’re going through in our lives at that age. That was the thing in season 8 that we didn’t tap into as much as I think we ultimately should have.”

Personally, I cannot wait for these two books to come out!