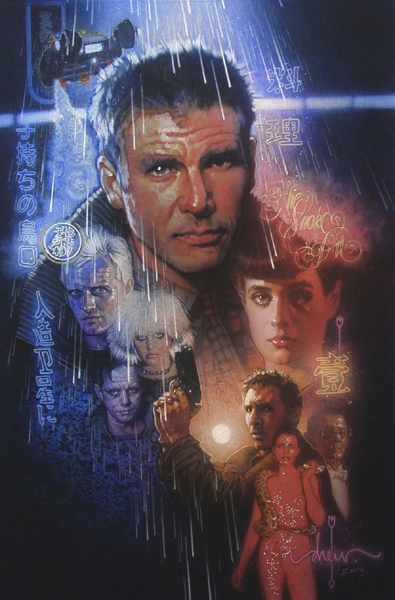 This past March Alcon Entertainment acquired the rights to make films based around Blade Runner. Well today Deadline now reports that Ridley Scott is now set to direct one of these films. Weather it is a prequel or sequel has yet to be said as well as weather or not Harrison Ford will come back as Deckard. Where this new project fits into his schedule of other films he is set to direct is also unclear. I love this! Blade Runner is one of my favorite films of all time. I would just love to see more of that slick urban decay that Blade Runner started. Scott is currently directing Prometheus, a film based in the universe of Alien. Now with him returning to the Blade Runner universe it is just nice to see Scott returning to his sci-fi roots.