Not all games delve into morality, and those that do often get it wrong.  This author takes a look at how moral decisions are represented in the  digital world.

I sat down today to write my review of Deus Ex: Human Revolution, and realized that I had hit a roadblock.  My last review of Left Behind 3: Rise of the Antichrist had some issues with its moral tone, and being a religious brand I feel The Sci-Fi Christian needs to take stock of the principles expressed in the items that are reviewed.  Human Revolution has some components of morality, both within its storytelling and gameplay, but I felt it was more important to really delve into what I mean when I give games a “Morality” score. 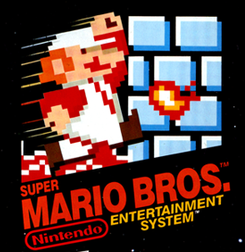 Websters defines moral as “relating to principles of right and wrong in behavior,” something that, as a popular medium, video games provide excellent ground to explore.  Not all games deal into such heady topics, and others do so only slightly.  You may have a tough time arguing the moral compass of Super Mario, as he is painted in the vein of the heroic protagonist saving the princess.  Perhaps that is why it is viewed as a children’s game; there are no deep philosophical debates within his quest to stop Bowser from overthrowing the Mushroom Kingdom.

There are two ways a game can instill a moral message into the medium: story, or how the main events of the game are scripted, and mechanics, or how the player interacts with the environment.  Obviously there is not much story to Super Mario, and the gameplay offers no moral dilemma other than how to progress through the level; the bad guys are bad, and Mario must bypass them to save Princess Peach.  Most platforming games like Mario are similar in that they are light on story and strait-forward on mechanics. 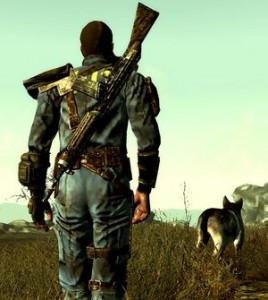 Some games use the mechanics alone to provide a moral experience.  Fallout 3 is an excellent example, in that there is a moral aspect to the story that can be influenced by the player, but most decisions occur outside of the main plot.  As a sandbox game, the player has freedom to explore and perform quests in any manner they choose, including the main quest line.  In fact, a player could make all of the moral choices within the main story and make completely immoral ones in side quests.  There may be consiquences to their actions, but few that would affect the story’s progression.  Fallout 3 also has a “meter” that keeps track of all of the right and wrong choices through the course of the game, giving you a saintly or demonic status with the NPCs (Non-Player-Characters) in the world.  Thus they will react to you differently based upon your choices.

What occurs is not necessarily a story based on morality or choice, but on replayability.  Both the “good” and “evil” options are viable ways to proceed, and is inherently tainted by the white and black simplicity of the matter.  At some point, the player may make the evil choice simply because he did not do so the first time around.  In fact, the story does not matter as taking evil paths will net you similar results, or even beneficial ones that a player may not obtain from making differing choices.  Does this make a game immoral?  No, but it does make it amoral.  By forcing morality, the game takes ethical choices and makes them simplistic or inconsequential.

A game that utilizes story as it’s basis to discuss morality takes a different tone, and Bioshock is a perfect examination of ethical dilemmas.  Without giving specifics, there are certain points within the game where the player must make a desicion: perform a hurtful act that increase options within the gaming world, or avoid that action and limit those options.  While at first this appears to be similar to Fallout 3 as a purely mechanical take on morality, the design of Bioshock facilitates  making that choice and reducing the impact of those limitations.  The designers incorporated alternate endings for the title that plays upon how those particular choices were made, but in truth the only real moral effect is internal to the gamer.

In truth that is where the true morality lies.  Video games have an opportunity to advance as a medium to be on the level of film, where Transformers: Rise of the Fallen pales in comparison to Citizen Kane.  Using morality as a means of engaging the player is an excellent path to such a goal, and through storytelling and mechanics it can be achieved.  Which is more effective is beyond the scope of this article; I simply wanted to give you, the reader, an idea of why I see some games as more moral than others.  Let me know what you think…are these sound concepts that should even be in a game review?    I look forward to your comments!