Just how often can one tell a “tale as old as time” before it becomes time-worn? 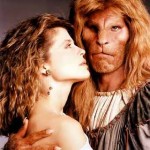 That’s a question both The CW and ABC may be answering before too long. Within a week of each other, both networks have ordered pilots aiming to revamp “Beauty and the Beast” for today’s audiences.

According to Entertainment Weekly, The CW’s version will be loosely based on the 1987-90 CBS series starring Linda Hamilton (for most of its run, anyway) and Ron Perlman.  Never a ratings phenomenon, that series won many fans in its day (including yours truly, I’m not ashamed to say) for its star-crossed romance between street-savvy New York lawyer Catherine Chandler and the terrible-looking but tormented, tender-hearted Vincent, as well as for its rich imagining of a liminal world of twisting tunnels and clandestine communities beneath the city, led by Roy Dotrice’s compelling character, “Father” Wells. Ron Koslow, who created the original series, will executive produce The CW’s revision.

ABC, for its part, is describing its version as “a fantastical re-imagining of the classic fairy tale set in a mythical, dangerous world wherein a beautiful and tough Princess discovers an unlikely connection with a mysterious beast.” What a shock! Of course, the project is still in its earliest stages, so no doubt more details will be forthcoming. ABC’s series comes courtesy of Jonathan Steinberg (Human Target, Jericho). 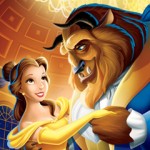 In the meantime, of course, you might still be able to catch Disney’s beguiling animated blockbuster treatment, Beauty and the Beast (1991), in a limited 3D re-release. It bowed in at second place in its opening weekend, proving that the film, to which many observers point as the real beginning of Disney’s animation renaissance (the popular and critical success of The Little Mermaid notwithstanding, even though I personally still prefer Ariel to Belle), still carries considerable weight a full two decades after its premiere.

The original French story, retold from traditional sources by Mme. Marie Leprince de Beaumont, first appeared in English in 1757, and “was immediately adopted into English folklore” (Humphrey Carpenter and Mari Prichard, The Oxford Companion to Children’s Literature, Oxford, 1987, p. 54). John Clute and John Grant, in their Encyclopedia of Fantasy (St. Martin’s Griffin, 1999), deem it “one of the most durable of all wonder tales” (p. 98), rehearsing a myriad of versions and variants, both within and without the fantasy genre (for example, Gaston Leroux’s 1910 thriller The Phantom of the Opera, which now boasts a not insubstantial legacy of its own).

Why does “Beauty and the Beast” endure? I don’t have a definitive answer, of course; but, being an incurable sci-fi Christian, my thoughts quickly turn theological. We human beings are a pretty beastly business. We were created not only good–indeed, “very good” (Gen. 1.31)–and in the very image of God; but (like the prince in the prologue of the Disney film) our sin has distorted and disfigured us. Scottish Reformer John Knox went so far as to write (in The Scots Confession of 1560) that through the sin of Adam and Eve, “the image of God “was utterly defaced in man, and he and his children became by nature hostile to God, slaves to Satan, and servants to sin” (chapter 3).

How like the Beast we are! We snarl away in self-imposed isolation from God and neighbor, lashing out at love. But God, who is light without any hint of darkness at all (1 John 1.5) and on whose beauty we yearn to look (Ps. 27.4), loves us still. However damaged or “defaced” God’s image in us may be, God is not content until it shines within and through us again. And so the Beauty above all beauty came to us as one of us in Jesus of Nazareth, encroaching upon the miserable solitude in which we had sequestered ourselves, redeeming and restoring us through much more than “true love’s kiss.” Jesus goes Belle one better, in fact, for “he had no beauty or majesty to attract us to him, nothing in his appearance that we should desire him” (Isaiah 53.2, NIV). But in his death and resurrection, he has reconciled us to God and has begun conforming us once again–more and more, day by day–to the divine image, until we and the whole creation glow with glory again (Rom. 8.29-30). As Samuel Crossman’s 17th-century hymn text puts it, “My song is love unknown, My Saviour’s love to me; Love to the loveless shown, That they might lovely be.”

If J.R.R. Tolkien was right in his contention that “fairy stories,” with their happy endings, offer us “a gleam” of the Gospel, “a fleeting glimpse of Joy, Joy beyond the walls of the world” (“On Fairy-Stories,” The Tolkien Reader, Ballantine, 1966, pp. 85-89) –and I believe he was–then no wonder “Beauty and the Beast” keeps its hold on the public’s imagination. Who could ever love us beasts? In Jesus Christ, God not only could but has, and does.