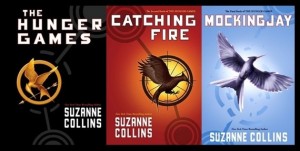 Recently I finished the “Hunger Games” series.  The series follows a young woman by the name of Katniss Everdeen as she struggles to survive deadly games in which people set out to kill their opponents. The story takes place in a post-apocalyptic nation that is divided into districts and the Capital.  Each one of the districts is assigned to provide a specific good or service to the oppressive Capital.  To discourage the people from rebelling, the Capital holds the Hunger Games every year in which two people from each district (usually teenagers) have to fight to the death in a simulated environment.

This brings me my first reason to read the Hunger Games:  Teenagers killing one another.  Of course, I’m kidding (mostly).  The battle royal-esque situation adds a very interesting and exciting aspect to the story.

Kind of like high school, but a bit more violent.

But don’t get the impression that the story is just about bloodbaths. In fact, the deaths are not meaningless for they represent something much bigger.  The backbone of the series is about fighting oppression, which I have chosen as my second reason to read the Hunger Games series.  This series is much more meaningful and poignant than some of the other popular young adult series as of late.  Two major inspirations pressed Author Suzanne Collins to write the series. First, the Greek myth of Theseus impressed her at a young age.  In the myth, young people are thrown into a pit to be killed by a monstrous Minotaur to avoid war.  Second, modern reality television and footage of war impressed her to the write the series.  The series encourages the reader to think beyond ourselves.  It isn’t the story of survival of a girl, but of a civilization. 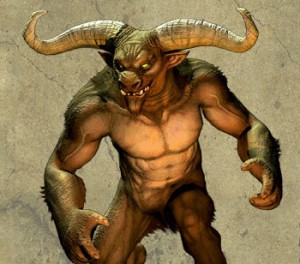 I can haz a fleshburger?

My third reason to read the series is the illustration of substitutionary atonement.  In the first book, names of the young people are drawn from a bowl to select the contestants in the games. When the younger sister of Katniss is selected, Katniss steps forward and takes her place.  This decision changes the course of the entire series and ultimately changes the world.  Though it is was not on purpose, we can see Christ in this.  Substituationary atonement means
that he stood in our place, taking our sins so that we can live free. As Katniss fought instead of her sister, Christ died for our sin in our place.  Such things ought to cause us to praise God.

Overall, I recommend the series, but I have a couple of reservations. The books contain quite a bit of killing though I suppose it can be justified by the unique circumstances.  Also, half of the first and second book reads much like a beauty pageant.  Katniss is forced to dress up for interviews etc.  This can make the story a bit slow, especially for the male readers.   Lastly, could it be a young adult story without a love triangle?  Thankfully, the love triangle between
Katniss and her two suitors isn’t as annoying as having to choose between a werewolf or vampire, but still becomes stale and awkward at times.

The books are being converted into movies.  The first movie, “Hunger
Games” is due on March 23, 2012.