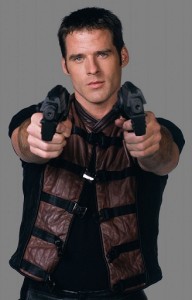 If you loved Farscape and Stargate SG1, and you can’t wait for the next series of Doctor Who, then this piece of news will surely make you scream at the fact that we still need to get through at least eight more months before the new episodes arrive. Ben Browder (Farscape‘s John Crichton and SG1‘s Lt. Colonel Cameron Mitchell) will be making a guest appearance on the upcoming season of Doctor Who! Blastr reports that Browder will be making his Who debut in the third episode of series seven which will take place in the Wild West. This news is too good to be true! If we’re lucky, it won’t be the last time we see him on the show.