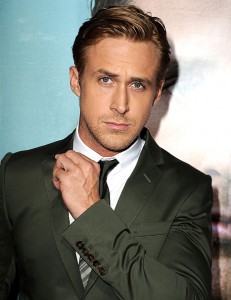 This is a bit of interesting news. Apparently, actor Ryan Gosling (The Notebook, Half Nelson, Drive, Gangster Squad) will be making his directorial debut in a new film entitled, How to Catch a Monster. The film’s website states:

Written and directed by Ryan Gosling, HOW TO CATCH A MONSTER weaves elements of fantasy noir, horror and suspense into a modern day fairytale. Set against the surreal dreamscape of a vanishing city, Billy, a single mother of two, is swept into a macabre and dark fantasy underworld while Bones, her 18-yr-old son, discovers a secret road leading to an underwater town. Both Billy and Bones must dive deep into the mystery, if their family is to survive.

First of all, the fact that Ryan Gosling has written and will be directing this film is exciting in and of itself; but there are also a couple of interesting casting choices that might make this movie something very special. 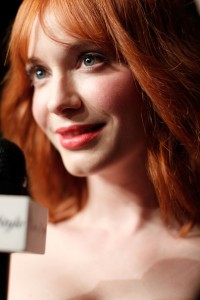 Christina Hendricks (Mad Men, Firefly) will be starring as Billy, while Gosling’s off-screen girlfriend, Eva Mendes (Hitch, Ghost Rider) has an undisclosed starring role as well. Finally, an announcement has been made today of one more starring role which has yet to be fully disclosed: Matt Smith! That’s right, the current Doctor from the long running BBC science fiction television show, Doctor Who, will be making his film debut. 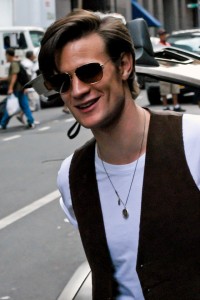 Does the director/actor/story combination sound intriguing enough to warrant interest in this project? What are your thoughts?