C (299,792 km/s) is a story about Lieutenant Commander Malleck played by Caroline Winterson, who spearheads a mutiny aboard the KESTROS IV along with her co-conspirators to use the ship for a new purpose. However a band of shipmates led by Second Lieutenant Kai intend to take Malleck and the others out.

C (299,792 km/s) is a new sci-fi short film by writer/director team Derek Van Gorder and Otto Stockmeier. The project started out as a Kickstarter project back in 2011. Armed with a budget of $40,000, double what they intended to get, they set out to make this short with no CGI or greenscreen effects. They used tradition special effects such as lighting design, camera tricks, miniature photography, split-screen, and stop-animation to achieve the final result.

The film looks amazing considering the budget and the lack of effects you would expect from a film made in this day in age. I could certainly tell that the ships were models and the backdrops of space and the planet were shot in camera. This is definitely not a bad thing. I feel that this style of film making is for a smarter audience. I have found that CGI cheapens things and dumbs us down as the audience. Studios don’t think we are smart enough to accept an effect that is not CGI. I was able to buy every frame of the short without reservation. The film also has a retro look about it. Another word I would use to describe it would be “analog”. You’ll see what I mean. Everything about it looks like a vision of the future from the past.

I liked the addition of the 1981 era educational film hosted by Dr. Harold Newman played by Damien Langan. This bit serves as the back story as well as explanation of some of the science the story touches on. This was probably my favorite part of the short because even with the 80’s shaky camera effects, scratches on the film and the cheesiness that comes with such educational videos it was authentic to the time it was suppose to be made in. 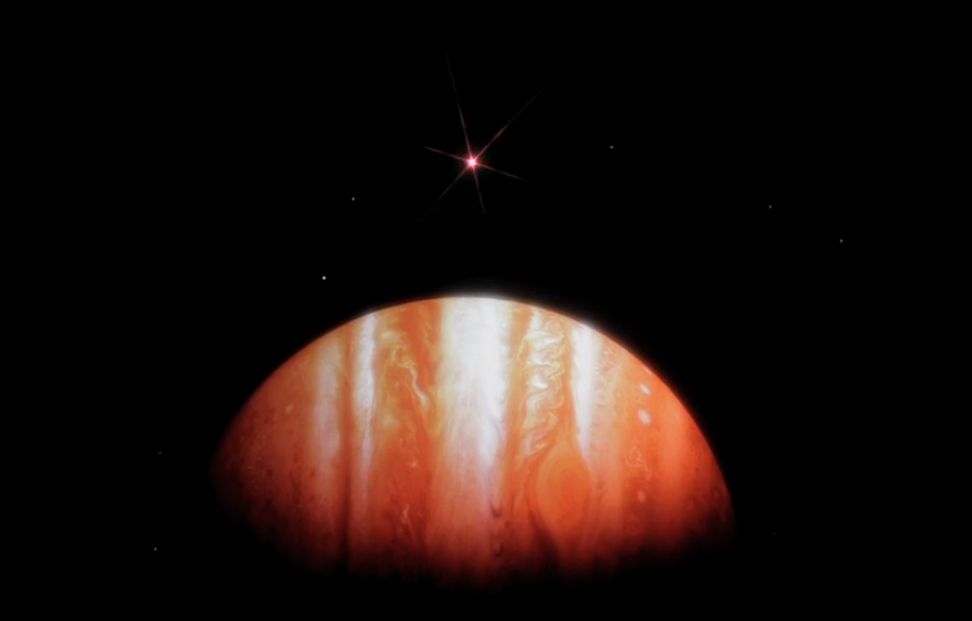 When I first heard Winterson speak I thought it was GLaDOS from Portal without the synth filter on her voice. It ended up not being her but the cadence of the two actresses voices is very similar. This leads me to the acting. I would say it was goodish, not great. There were some clunky lines here and there, everyone talks in a cold monotone voice and there is almost no expressions on anyone’s face. This film is definitely showcasing the visuals and not the acting. However I did like the concept of the story. By the end of the film I was wishing for this to be made as a feature length film (with better acting) with this short acting as a prologue. I want to see the surviving crew set up a colony somewhere out among the stars.

The music is an interesting element of the film. The 80’s pop synth tracks are not what I would expect to hear in a hard sci-fi film. It does add to the retro feel of the film though.

If you are interested in learning more about this film you can read an interview with Otto Stockmeier here by Wired. Below you can find a short behind-the-scenes video. I give C (299,792 km/s) a 3.5 out of 5.