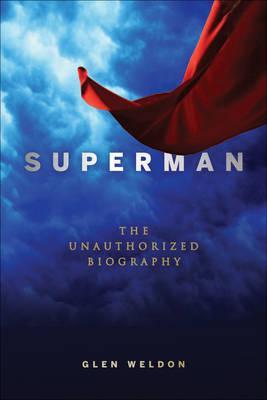 If seeing Man of Steel made you want to learn more about its central character, you could not ask for a better introduction than Glen Weldon’s breezy new biography of this 75-year-old icon of American and global pop culture. It’s not as weighty or moving as Brad Ricca’s biography of Superman’s creators, but it isn’t aiming to be. It is, rather, a fast-paced but impressively comprehensive chronicle of Superman’s adventures across all media—comic book, newspaper funny page, animation, live-action cinema, television, even music (including, yes, the much-maligned 1966 Broadway musical).

No single thesis could hope to cover such a wide assortment of Supermaniana, so Weldon, wisely, doesn’t try to produce a deep, philosophical manifesto on “what Superman means.” Instead, he contents himself with illustrating that the only constant in Superman’s colorful career is change. As Weldon says in his conclusion, “He’s not the same guy he started out as, but who among us can say we are?” (p. 329). Weldon delightedly and delightfully demonstrates that, like all enduring figures of legend and myth, the Man of Tomorrow shifts—sometimes subtly, sometimes not—to reflect any given today.

Weldon writes informally but informatively, effortlessly guiding his readers through three-quarters of a century of stories both inspired and insipid, manifestations of the character both creative and corny, all the while making one thing clear: he loves this stuff! All of it. Even the parts he says he doesn’t. Weldon’s verdicts on various aspects of Superman’s history are often pithy, pointed, and laugh-out-loud funny:

But for all that he entertains, Weldon doesn’t avoid some real reflection on what makes Superman so super. He gets, for instance, in a way I’ve not heard anyone else articulate quite so clearly, why Superman Returns was ultimately a disappointment—and it wasn’t just a lack of high-flying fisticuffs: “even before the film begins, we are asked to accept the notion that Superman—the most selfless of all selfless heroes, the living avatar of altruism—would abandon us for selfish reasons. In other words, you will believe a man can flake” (p. 206). 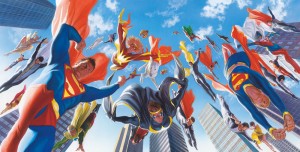 His insight isn’t reserved for the misses. He gets to the heart of the hits, too. For example, while acknowledging some limitations of the recent (2010) World of New Krypton storylines in the comics, Weldon declares, “it was a bold move in a genre not known for it, and its genesis and execution remained firmly rooted in storytelling, not mere gimmickry” (p. 316).

I want to quote much more of Weldon’s wonderful prose at length—his retelling (far too weak a word—re-experiencing, maybe?) of 1938’s Action Comics #1 is magnificent, and his swift, season-by-season recap of Smallville, warts and all, made me want to start re-watching the show right now—but I will leave the bulk of this book for you to discover. If you have ever cared about Superman, or still do, or wonder why anyone ever would, you will find much to enjoy in Weldon’s work.

For my part, the moment I put it down, I put DC’s three monthly Super-titles back on my monthly pull list. As Weldon proves, the saga of Superman is far from over. Every era brings something new—sometimes goofy, often grand—to his ever-growing legend; and I decided that I want to be present, as Weldon has been, to see just what happens next.