Unless you’ve been living under a rock for the past few days you’ve probably heard that last Sunday’s episode of Game of Thrones, The Rains of Castamere, was a big one. This is the episode that included the infamous Red Wedding scene from A Storm of Swords – the one book readers have been waiting for since the show was first announced.

Understandably, the internet has exploded in reactions to the show’s events. There’s far too many to share them individually, so instead I’ve compiled them here. If you see one I’ve missed, let me know and I’ll add it in!

Two warnings before I get started. First, it should go without saying that there will be spoilers below beyond this point. If you’re in the same boat as Spider-Man below, I’d suggest you bow out until you’re caught up on the show. 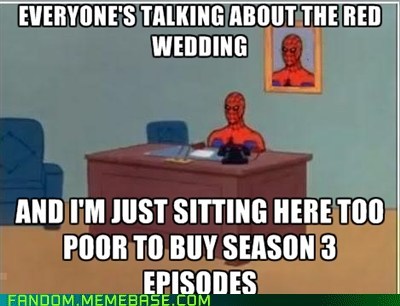 Second, a number of these, especially the live reactions, contain strong language. Consider yourself warned.

We’ll start with The Sci-Fi Christian’s own review! Featuring Ben, Ben, and Emily and Skip Crust in the role of Tim Pankratz

George RR Martin was on Conan talking about the episode. The results were hilarious and intriguing

Huffington Post offers a pair of interviews with Richard Madden (Robb Stark) and Michelle Fairley (Catelyn Stark). You can find them here and here.

It’s been about ten years since I first read the Red Wedding scene. I remember my own reaction well, and I’ve had way too much fun watching reactions from non book readers

A few reviews from my favorite sites. The comment threads are especially entertaining this week

Io9 offers a thoughtful analysis on the episode’s brutality

I09 also compiles the 100+ best tweets of people reacting to the episode. These are priceless

The internet being what it was, there’s been no shortage of humor produced by the episode. Check out some of the best below.

College Humor offers a brilliant look inside the mind of George R.R. Martin

Mad Men has done a great job over the years of showing their characters react to shocking, historical events. The Red Wedding is no exception

Hitler is none too happy about the Red Wedding

Whatever bookstore employee did this is a genius

Buzzfeed has a couple of posts on the topic. Getting over your Red Wedding Depression and The Best Tumblr Reactions

Never has a Kesha song been more appropriate 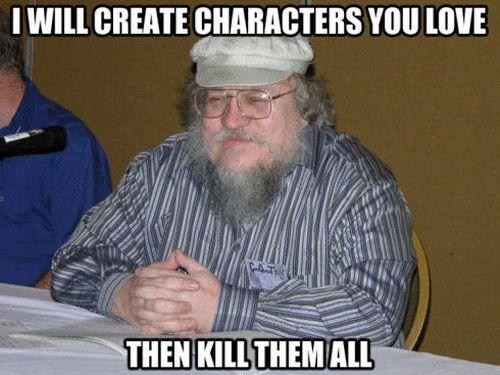 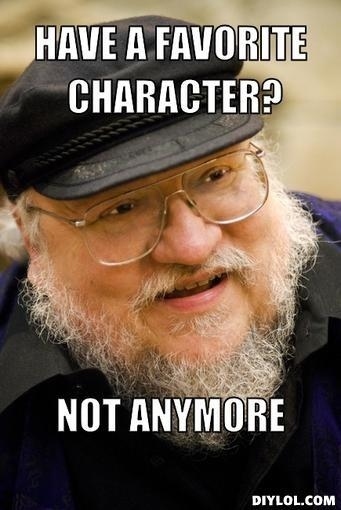 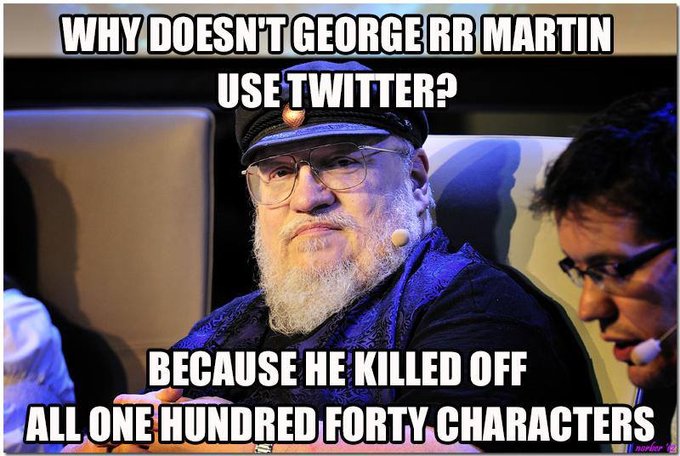 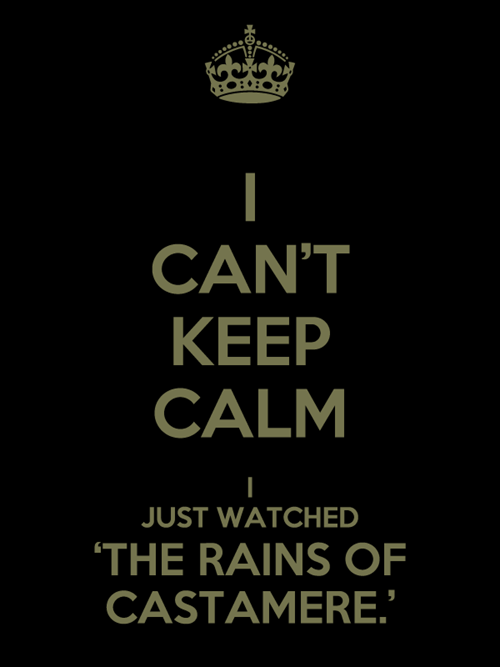 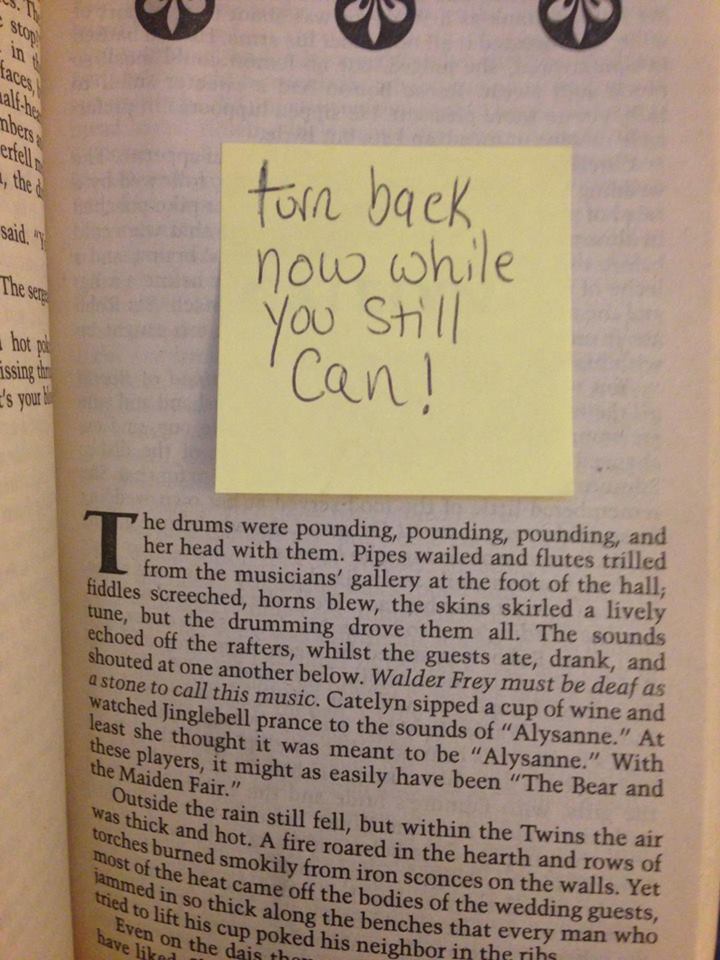 One for Arrested Development fans

The Dothraki have nothing on the Freys 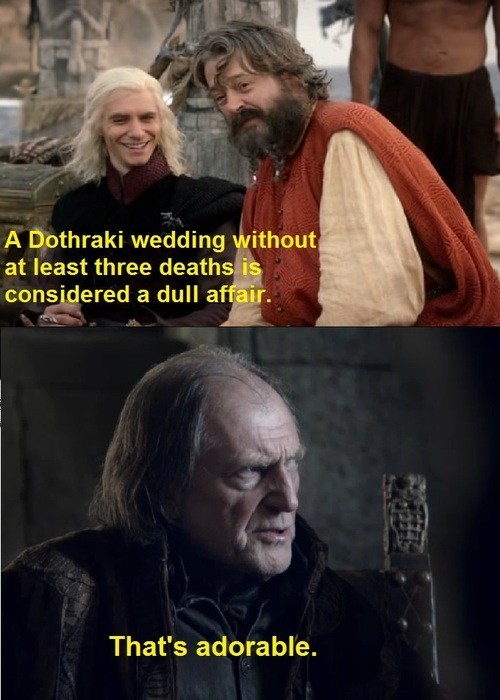 I’m inclined to agree with Ygritte 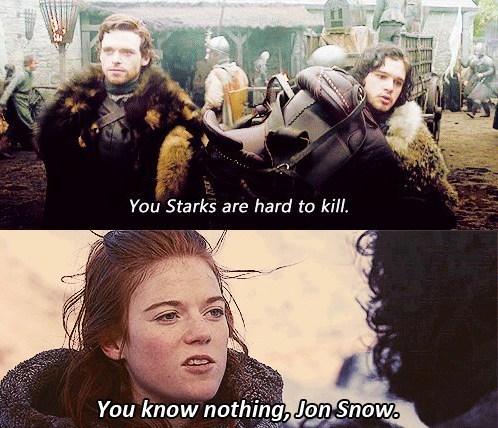 Maybe this is how they’ll write out Robert Downey Jr. from the Marvel Cinematic Universe 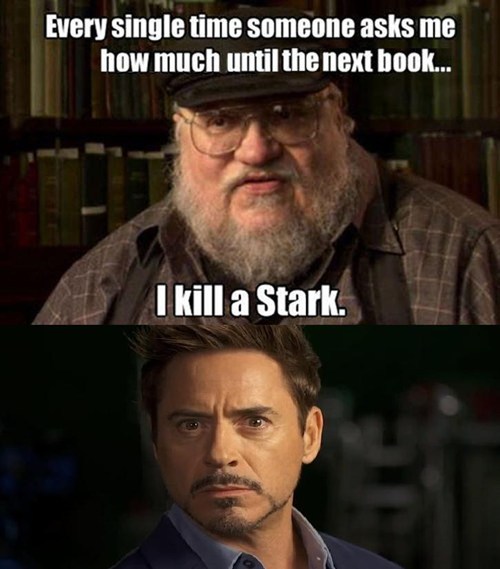 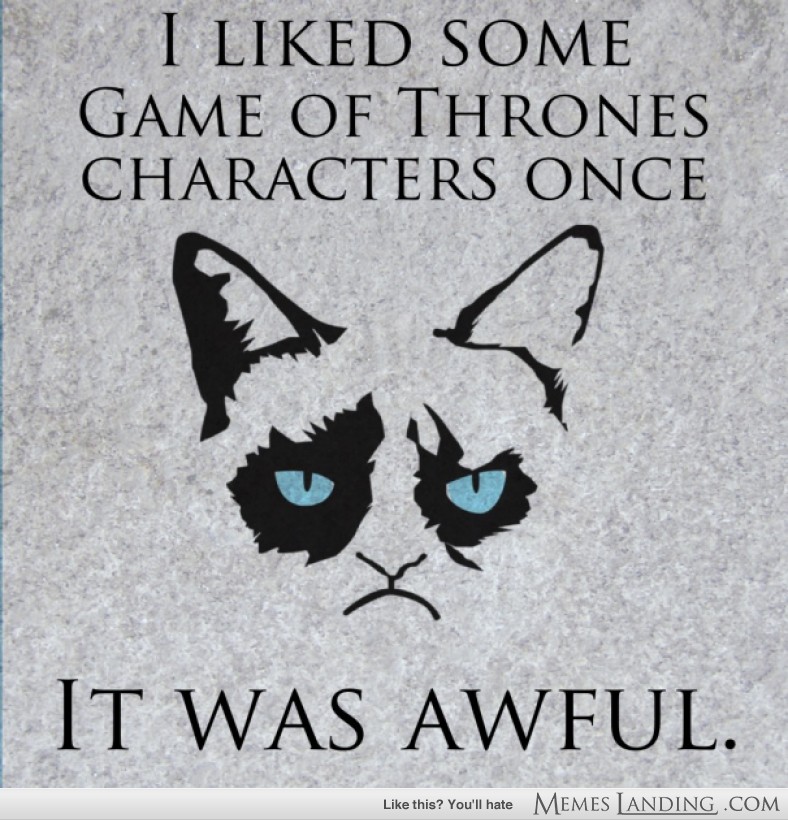 The Rains of Castamere

The song The Rains of Castamere both provided the title for the episode and figured prominently into the story. Here’s a few of the best renditions of it, starting with the version done by The National as heard in season 2, episode 9: Blackwater