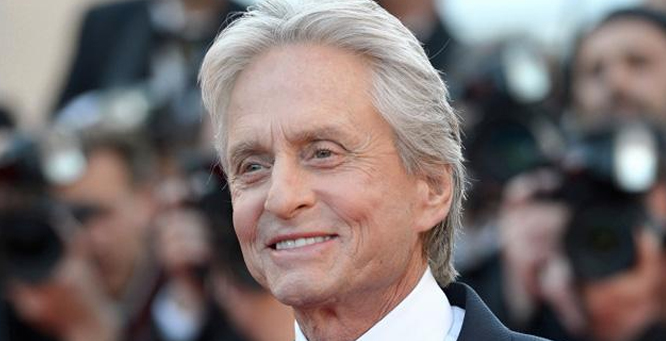 Yesterday, Marvel made an announcement that no one saw coming: Michael Douglas will portray Hank Pym in Edgar Wright’s upcoming Ant-Man film. This comes as a surprise for multiple reasons. First, it was already announced a couple of weeks ago that actor Paul Rudd would be starring in the film as Ant-Man. Though this was the case, it was not clear as to which incarnation of the character Rudd would be suiting up as. Speculation arose that the film might feature both Hank Pym and Scott Lang — the two men who have donned the costume — as Wright had been hinting at the possibility through various media outlets. Well, that looks to be the case!

The other reason why this is such an odd, though intriguing choice, is due to the fact that Douglas is 69 years old. The character of Hank Pym is nowhere near the age of Douglas. Here is Marvel’s official statement:

“With Hank Pym’s rich history in the Marvel Universe, we knew we needed an actor capable of bringing the weight and stature to the role that the character deserves,” said Marvel Studios President Kevin Feige. “We felt incredibly relieved when Michael Douglas agreed to step into the part with the charm and fortitude he brings to every character he inhabits, and couldn’t be more excited to see what he will do to bring Hank Pym to life.”

The legendary actor, who earned an Academy Award in the category of Best Actor in a Leading Role for his iconic portrayal of Gordon Gecko in “Wall Street,” has also starred in numerous modern classics including “Basic Instinct,” “Fatal Attraction,” “The Game,” “Wonder Boys,” “Traffic” and many more. In addition to acting, Douglas has also served as Producer and Executive Producer on a number of films including “Romancing the Stone,” John Carpenter’s “Starman” and “One Flew Over the Cuckoo’s Nest,” for which he also won an Academy Award for Best Picture. Most recently, Douglas earned a Golden Globe and his first Primetime Emmy Award for his role as legendary entertainer Liberace in the HBO original film “Behind the Candelabra.”

Douglas will star as Hank Pym, who first appeared in TALES TO ASTONISH #27 (Jan. 1962), with Rudd starring as Scott Lang in the film.

Douglas has already spoken out about the role. Here’s what he had to say:

“I’ve been dying to do a Marvel picture for so long…The script is really fun, the director is really good. Dylan (his 13-year-old son) will love it. He’ll have a picture he can see…Sometimes – like [when] they didn’t see you for Liberace – you’ve got to shake them up a little bit and have some fun.”

What are your thoughts on this interesting turn of events?