If you’ve listened to the show for long, you’ve probably heard me talk about my love for Dan Simmons. Not only is he my favorite living author, he’s one of the few who, in my opinion, can rightly be called a genius and whose works deserve to be read long after he’s written his last. A Dan Simmons novel can be anything and everything: hard-boiled crime thriller, a far future story of space travel based on The Canterbury Tales  or a saga about post-humans recreating the Trojan War on Mars, with a b-story involving two humanoid robots debating and analyzing the finer points of Proust and Shakespeare (That last one, Ilium, is every bit as wild and wonderful as it sounds!)

Lately he’s been writing a mix of historical/literary fiction with a dash of the supernatural thrown in here and there. His new novel, The Fifth Heart, will be about Henry James and Sherlock Holmes at the 1893 Chicago World’s Fair, placing it squarely in the same subgenre.

Simmons’ novels – especially those he’s been writing lately – leave you entertained, challenged and likely a good deal smarter than you were before you read them. Given the highly literary nature of his work, I always walk away with a myriad of topics to follow up on and books to read. That’s a big part of why I love his work.

For The Fifth Heart, I thought it might be fun to turn the tables a bit. Instead of walking away from the book with an overwhelming number of follow up topics, I’ve decided to take clues from the book description and cover art in order to develop a reading list to go through prior to the book’s 2015 release. Of course, my guess at what will make a good reading list may be totally off,  but at least it’ll pass the time until the book comes out. Plus I – and whoever joins me in tackling the list – will be a good deal more well read as a result of the exercise, regardless of the actual content of the novel.

So, without further ado, let’s do some analysis on what we know about The Fifth Heart so far.

The best place to start in our analysis is with the cover image. Let’s take a look. 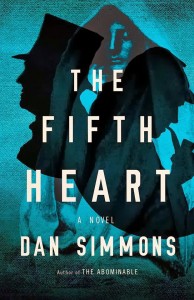 The cover contains three images: two silhouettes and a strange statue in the background. The right silhouette is certainly Sherlock Holmes – his trademark calabash pipe and deerstalker hat being a dead giveaway. While Henry James’ figure is nowhere near as famous, it’s a fair guess that the left silhouette is the famous author. In this picture of him, the resemblance is almost unmistakable. 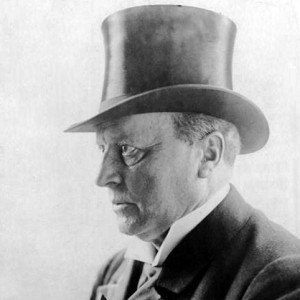 The real mystery is the statue in the background. When I first saw the image, I had no idea who it could be. However, through blind luck I stumbled upon the answer. The statue actually exists and is a memorial to Clover Adams. You can see it in a more standard photograph here: 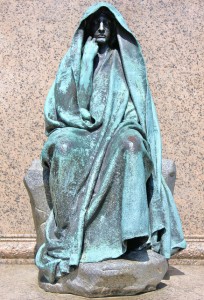 So who is Clover Adams and what significance does she have for a novel about Henry James and Sherlock Holmes? Clover was the wife of Henry Adams. The couple, along with three other friends, formed a group they called The Five of Hearts – a name whose proximity to the title of our novel is no mistake. Not only that, but The Five of Hearts were friends with Henry James. In fact, he acknowledged Clover as being the inspiration for two of his novels: Portrait of a Lady and Daisy Miller. Clover’s life ended tragically and at her own hand in 1885. Given her presence on the cover – and the proximity of her death in time to the Chicago World’s Fair – I believe we can safely assume her death will figure prominently into the novel.

One final clue to the novel’s content may be its setting at the World’s Fair. Among other things, the Fair served as an opportunity for early serial killer H.H. Holmes to carry out his nefarious activities. Although, we have no official indication Holmes will be in the novel (H.H. that is, not Sherlock), it’s almost certain he’ll be referenced. Don’t be surprised though if those references shift into a larger role.

As you can see, there will be several pieces and potential subplots at play in the novel. How they will all tie together is anyone’s guess, but I think we have enough to put together a solid reading list. Let’s give it a shot.

First, let’s take a look at some books to acquaint us with our protagonists. 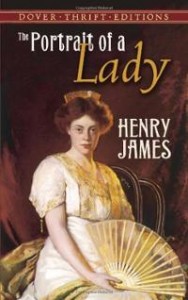 Portrait of a Lady, Daisy Miller and The Turn of the Screw by Henry James: Given Clover’s influence, I’m counting the first two as must reads before The Fifth of Hearts comes out. I’m also including The Turn of the Screw, simply because it’s been on my to read list for a long time. This is the perfect opportunity to dive into it.

The Complete Adventures of Sherlock Holmes by Arthur Conan Doyle: Given the popularity of the BBC series and Robert Downey Jr. films in the last several years, I’d assume most of us are feeling pretty familiar with the world’s greatest detective. However, while various portrayals of Holmes certainly have their merits, don’t expect that anything but the original material is going to prepare you for Simmons’ take on the character. He’s among the most well-read novelists working today. If you want to be fully prepared for The Fifth Heart, then it’s time to brush up on at least some of the original Sherlock Adventures.

Next we have our side characters: namely the Five of Hearts. Plenty has been written on group, but a couple of books in particular have caught my eye. 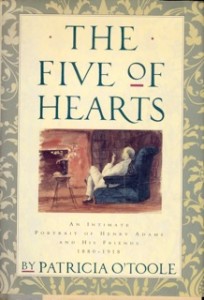 The Five of Hearts by Patricia O’Toole: This is an overall examination of the group: their formation, activities and Clover’s untimely death. It also promises to include details on their friendship with Henry James, which will no doubt prove beneficial in preparing for The Fifth Heart.

Clover Adams by Natalie Dykstra: All signs point toward Clover’s death as a central point of the novel, so she merits a bit more attention in research The Five of Hearts. This book looks like a solid attempt to understand her and the motivations that led to her death.

Finally, in the interest of being fully prepared, let’s check out a couple books on the Chicago World’s Fair.

The Devil in the White City by Erik Larson: Set during the Fair, this true crime book focuses largely on H.H. Holmes. Should the killer indeed show up in Simmons’ novel, this book will prove especially valuable. If not, it will at least provide insight into the atmosphere and activities of the Fair.

Chicago’s 1893 World’s Fair by Joseph M. Di Cola: While this will probably prove a less exciting read than Larson’s book, it promises to be a general overview of the Fair. It promises to be brief enough to avoid being a slog but detailed enough to give insight into what Simmons is trying to accomplish.

So there you have it: my best attempt at a preparation guide for a novel that’s still the better part of a year away. Here’s to a year of good reading and the promise of another wonderful novel by Dan Simmons.