Talk about timey-wimey! Have almost seven months passed since we watched Matt Smith take his final bow as the Doctor? I remember bemoaning the fact that Peter Capaldi’s tenure in the TARDIS wouldn’t start until autumn—but now, the new series of Doctor Who is only weeks away!

Apparently, several full scripts and even some footage from Series 8 have leaked onto the Web. I haven’t sought them out. As River Song cautions, “Spoilers!” But I was excited to watch the official trailer for the Twelfth Doctor’s adventures.

I had fun spotting familiar faces: Daleks, Cybermen (in some form or other), Madame Vastra (huzzah!), and even a giant dinosaur (I wonder if that T-Rex is a returning friend from “Dinosaurs on a Spaceship”). The unfamiliar faces are interesting, too—who’s that guy who looks like a Borg? The trailer promises the fast-paced action and spectacular special effects we’ve come to expect from modern Doctor Who. 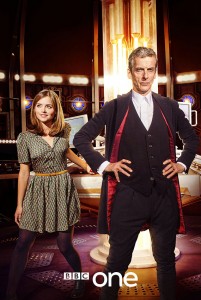 As always, however, the characters prove most compelling. Clara says she’s no longer sure who the Doctor is—quite a shift from her impassioned plea to the Time Lords on his behalf: “If you love him, and you should…” What will Capaldi’s Doctor say or do that causes Clara to doubt him so? Will the once “Impossible Girl” find it possible to befriend the Doctor’s latest iteration?

Will the Doctor discover whether he is, as he asks, a good man? Several episodes in Series 7, most notably “Hide,” seemed to be preparing viewers for a re-examination of the Doctor’s goodness. The Series 8 trailer suggests that time has come. The Doctor’s question really grabbed my attention because it seems to raise several related, theological questions. What does it mean to be a good person? Does anyone qualify?

Scripture’s testimony on this point isn’t uniform. The apostle Paul quotes Psalm 14 with approval—“They have all gone astray, they are all alike perverse; there is no one who does good, no, not one” (Ps. 14.3; cf. Rom. 3.12)—and Jesus, who surely could have called himself good if anyone could, declined to do so: “Why do you call me good? No one is good but God alone” (Mark 10.18). On the other hand, we meet people in the Bible who may not be perfect, but who would meet commonly accepted definitions of good: Ruth, pledging loyalty to her mother-in-law (Ruth 1.15-18); King Josiah, one of Judah’s few monarchs who “did not turn aside to the right or to the left” (2 Kings 22.2); Mary and Joseph, the “servant of the Lord” (Luke 1.38) and the “righteous man… unwilling to expose her to public disgrace” (Matt. 1.19) who raised the young Jesus to physical and spiritual maturity (Luke 2.40, 51). And don’t forget Noah and Job, both of whom Scripture remembers as righteous beyond reproach. 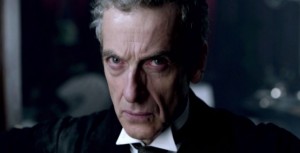 The Doctor says he’s made mistakes—just like those of us who haven’t lived for more than two thousand years! He also says the time has come to do something about them. This scene may play differently in its proper context, but in this trailer, it suggests that repentance—literally, turning around and charting a new course for one’s life—will be a prominent theme in Series 8. I think that’s a helpful emphasis. No one can be good as God is good, and Christians differ over how far we can progress toward moral perfection in this life. But human beings, even fallen and stained by sin, can do good deeds; if we could not, God would not consistently call and empower us to do them (e.g., Ps. 34.14; Eph. 2.10)! Instead of worrying about whether we are good people, maybe we should concentrate on being people who do good things: for ourselves, but for others, for our community, for the world. Good works can’t save us—but that doesn’t make them bad.

The assigned gospel text in my morning devotional today was Jesus’ parable of the Last Judgment (Matt. 25.31-46). As I read the criteria by which the coming King will separate the sheep from the goats, I remembered times when I had fed the hungry, clothed the naked, welcomed strangers, visited the sick—and I remembered times when I hadn’t. I’ve made plenty of mistakes in my life—but, as I hope the Doctor will realize in Series 8, now is the time to go out and do some good!