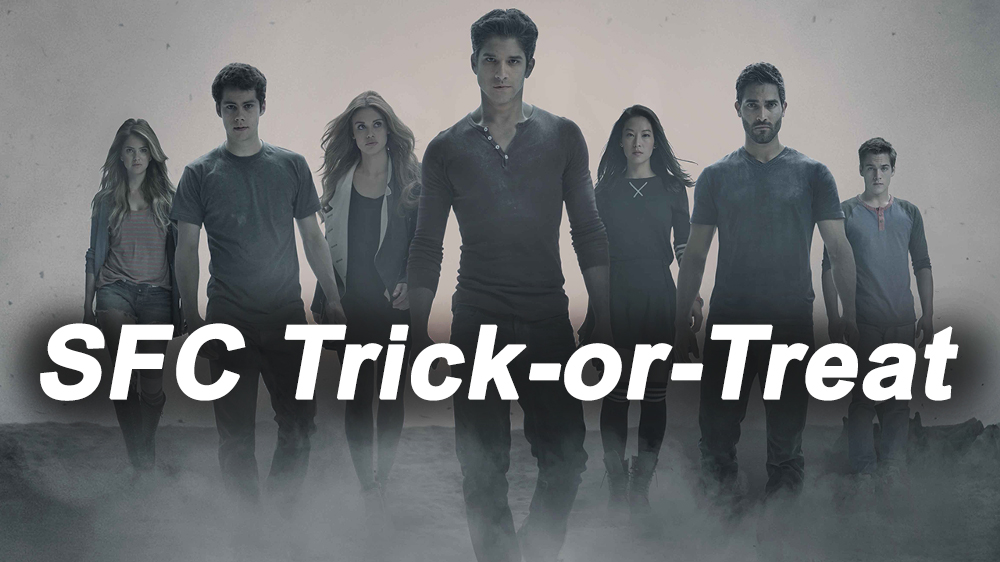 Okay, you guys. I don’t know if this is the right audience, but I’m doing this on your behalf. Beyond the apples, pies and candy, I’m recommending something for you that will make this harvesty time of year that much sweeter. Okay, no more stalling. I would like to invite you this Halloween season to sit down on your comfiest chair and start watching MTV’s Teen Wolf. I said it. I’m already feeling a little bit relieved.

I know what you are thinking, and I was skeptical too. First of all, I would be remiss if I did not mention the hilarious Teen Wolf (1985) film starring Michael J. Fox. This movie brings a lighthearted perspective to a typical horror storyline, where the werewolf, or Scott, is actually out in the open, and of all things, it makes him popular. This brings us to MTV’s iteration of Teen Wolf, which follows a protagonist by the same name, along with his best friend, Stiles.

Teen Wolf (2011) explores many of the themes that one hopes for in a supernatural, horror, teen drama such as origin, power, responsibility, friendship, family, danger, and more. Scott’s new abilities have brought him strength and skill on the lacrosse field, which, in turn, bring him some level of popularity. But with these “gifts” come problems such as lack of control and dangers to both himself and those he loves. I found the first season to be relatively predictable (but also fun), but after the foundation is laid, the series really takes off.

I never would have guessed that I would actually feel frightened by this show, but with the likes of werecoyote, berserkers, kanimas, banshees, nogitsunes, and (gasp!) even evil humans, the writers of Teen Wolf never cease to create unique and surprising monsters in plot-twisting story arcs.

In addition to the fear factor, the show of course explores romance, friendship and comedy. Stiles is by far the most interesting character in my opinion, with a fast wit and hysterical one-liners. Early on, it’s easy to see him as just the “funny guy” but again, the creator and writers of Teen Wolf evolve him in ways I never could have imagined.

Instead of trying to convince you further with my words, I’m going to let you see for yourself in this trailer below:

Wow. There’s not much more to say after that, but I would like to end with my strongest recommendation of this entertaining and suspenseful series. So, this Halloween, do yourself a favor: grab a hot mug of apple cider, snuggle up in a cozy blanket, and watch Teen Wolf. You won’t regret it.