Last year, Marvel Studios proved, with Guardians of the Galaxy, that it can bring comic book characters and concepts that seem weird or silly even by that genre’s already super-stretched standards to the silver screen in an immensely satisfying way. Based on the Ant-Man trailer released today, I’d say they’re poised to do it again.

I admit I know nothing–literally, nothing–about this character beyond what his name conveys. He’s an ant-sized superhero with a stupid name. (No wonder Paul Rudd asks Michael Douglas if that name can be changed.) But this trailer makes me want to see this movie. Here are a few reasons why: 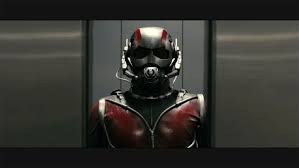 Well, before I get too serious and hear a well-earned “huh” from you, tell me: What did you think of the Ant-Man trailer?