On Saturday, January 3, 2015, Matt went to the theaters to see “The Hobbit: The Battle of the Five Armies.” Unfortunately, knowing that he and Ben would be podcasting about this movie the following week, and pressed for time to find someone to go with, Matt had to go alone. Because of this, he decided to text Ben throughout the movie to let him know his thoughts on the film. The following is the complete and unedited, spoiler-filled conversation between these two podcasters about the final installment of the Hobbit trilogy.  This post is a supplement to the conversation in Episode 319: The Hobbit: There and Crap Again. 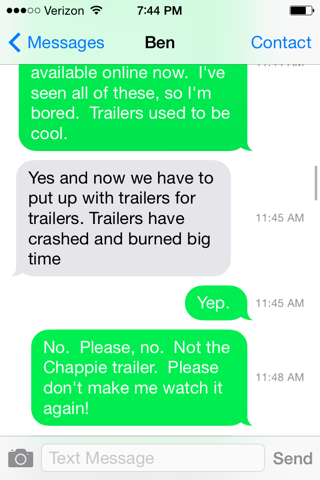 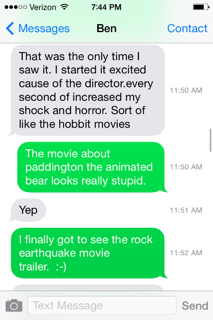 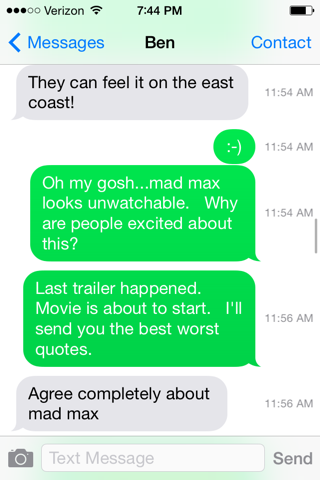 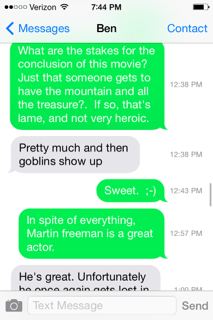 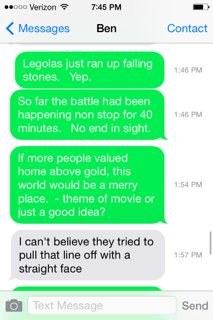 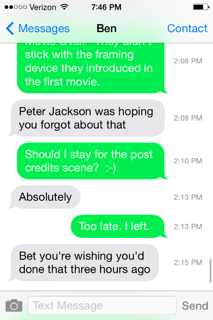 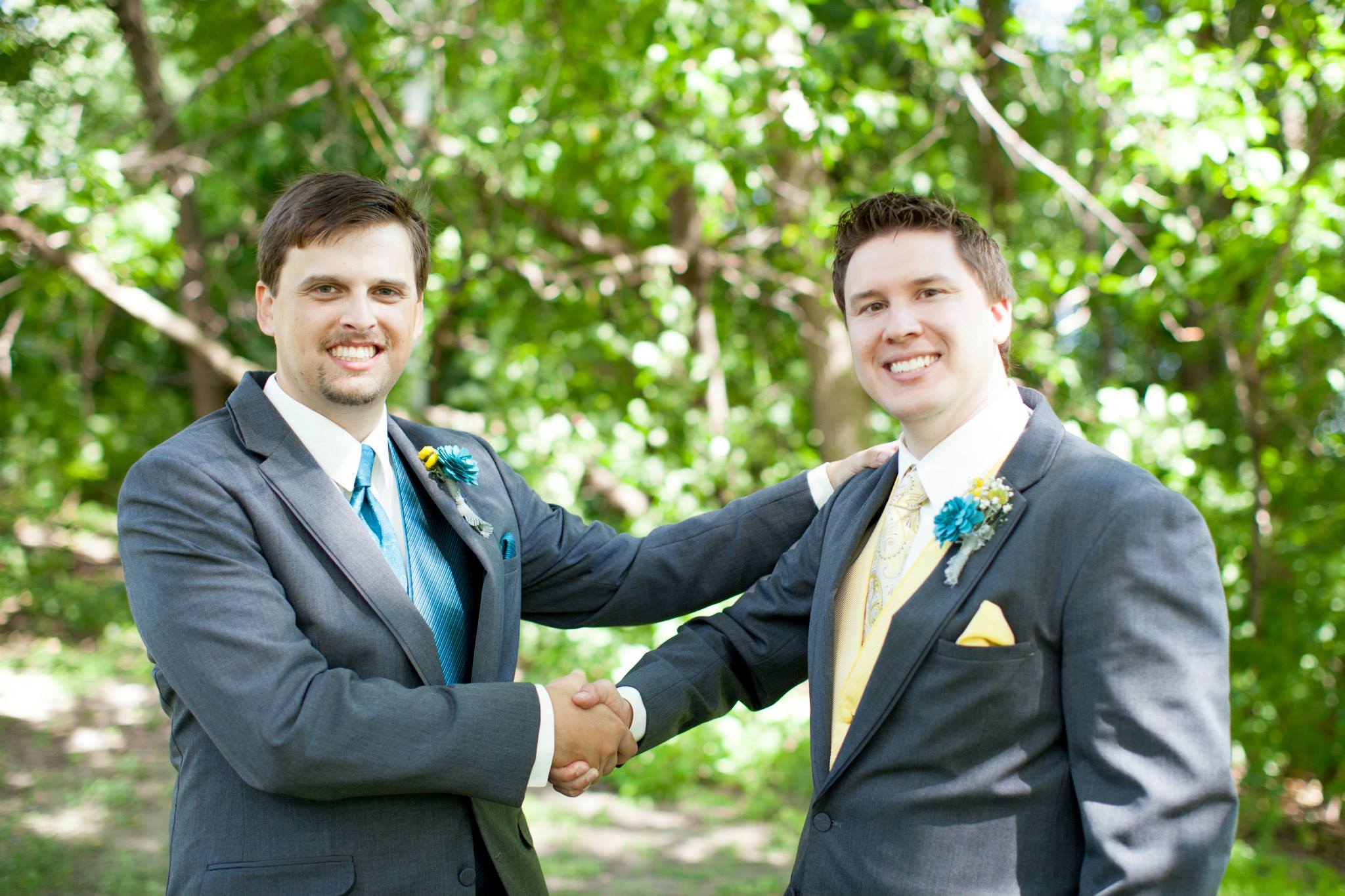 For more of Ben and Matt covering all things Tolkien, check out the following episodes:

Episode 94: The Hobbit – That’s What I’m Tolkien About

Episode 95: The SFC Time Loop – The Lord of the Rings Trilogy

Episode 98: Tolkien About the Hobbit Movie

Episode 140: What If Tolkien and Lewis Wrote Together?

Episode 213: The Desolation of the Hobbit

Episode 319: The Hobbit: There and Crap Again

2 comments on ““The Hobbit: The Battle of the Five Armies” Live Texting”